The top stories about social media seem to be primarily about Facebook this week with the most interesting article for me being the latest research and study showing that Facebook in August surpassing Google in the total amount of time spent online. These following 6 articles are the top six social media stories on Digg last week. 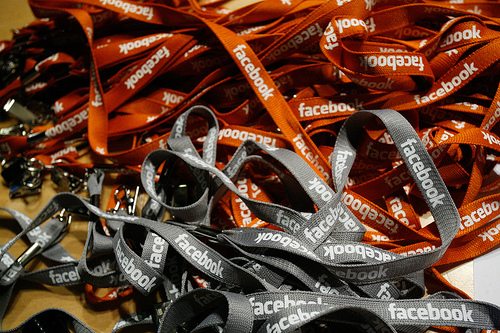 Facebook has closed a hole that was being used by spammers to automatically post wall messages and direct messages to friends.

Just clicking on the link to one of the applications that were taking advantage of the bug would allow the auto-posting to happen, Facebook said on Tuesday. The apps, which appeared to be sending people to a survey web site, were disabled on Monday.

“Earlier this week, we discovered a bug that made it possible for an application to bypass our normal CSRF (cross-site request forgery) protections through a complicated series of steps. We quickly worked to resolve the issue and fixed it within hours of discovering it,” Facebook said in a statement. “For a short period of time before it was fixed, several applications that violated our policies were able to post content to people’s profiles if those people first clicked on a link to the application.”

2. What Your Facebook Relationship Status Should Really Say (342 Diggs)

While Facebook lets users post their relationship status to a number of things including “married”, “engaged”, “single”, and “open relationship”, we all know relationships are much more complicated than that. That’s why the team at JESS3 came up with the following image to depict how Facebook’s relationship statuses should really be displayed.

Some of the suggested additional relationship status categories are

What relationship status do you think is missing here?..read or view more

The term “social network” is of course synonymous with online networks like Facebook. But think about what you’re actual social life is like for a second. Are you really closest to the people whose items you “like” the most on Facebook? What about the people you @reply or retweet on Twitter? The people you reblog the most on Tumblr? If you’re anything like me, probably not. Instead, the best indicator of who I actually interact with socially the most in real life are the calls I make and the texts I send — it’s all mobile interaction.

Location is the bridge between social networks and actual social life. But why do we even need that bridge? Why are so many startups content to build on top of the Facebook or Twitter social graph, when a lot of them can access your actual social graph in your mobile contact book? We’re seeing more and more apps go “mobile first, web second” these days, and that’s likely to increase going forward. This means that they start as services on mobile devices. So again I ask, why not just get to your actual social graph through your contacts there?

Sure, many do that to some extent already. APIs for Android and the iPhone give you access to contact list information to varying degrees. But most startups are still approaching that idea as a secondary tactic after they’ve hooked in your social graph through Facebook or Twitter. But I think we may start to see some that go right to the heart of your contacts on your mobile device. In fact, I met with one in the making last week, addappt..read more

4. The Future Of Ad Agencies and Social Media (276 Diggs)

To keep up with ever-changing advertising and marketing options, ad agencies are rapidly adopting new strategies and outlooks on how consumers interact with brands. While many ad agencies have been slow to adopt social media, others have been keeping up with the trends quite well.

But keeping up with change is never good enough in this industry; the most successful, game-changing campaigns are generally a bit ahead of the curve. It’s not enough to hitch your star to an existing facet of viral content; you have to create the content yourself. And you can’t wait for mass markets to catch up to new technologies before you begin thinking about how to incorporate new tech into campaigns and creative; you need to test how that tech will work now. Mobile and social ads are no longer new; what’s more interesting now is figuring out how brands can integrate creatively and effectively with location apps and casual games.

Here are five people who are familiar with the connected worlds of digital media and ad agencies, and here’s what they had to say about the future of social media and advertising…read more

5. Have We Lost The Plot On Social Networking (238 Diggs)

I’m on Facebook. And I don’t want to be.

If I had my choice, I’d completely and utterly scourge my Facebook account from the web, with its horrible user interface, problems with privacy, and extremely annoying “gifts,” “pokes,” and “scams.” (Oh, wait, that last one didn’t need the irony quotes.)

But I’m on it because everyone else is on it. It’s a poor way to communicate, but even my technophobic mother has a Facebook account. My friends use Facebook, rather than Picasa or Flickr, to share their photos, and of course I’d need a Facebook account to access them. None of my friends can agree on a single, unified instant messaging service – except for the buggy and unreliable one that comes with Facebook…read more

6. Web Users Spend More Time On Facebook Than They do On Google (235 Diggs)

We already know that Facebook is the web’s biggest time sink. If you look at the average amount of time (according to Nielsen) users spend on the social network, Facebook is a clear winner over sites such as Google or Yahoo.

Now, according to comScore, Facebook is also first when it comes to the total amount of time users are spending on the site. In August, U.S. web users spent 41.1 million minutes on Facebook, which was about 9.9% of their entire web-surfing time in that month. In this same period, people spent 39.8 million minutes on all of Google’s sites, and those include another huge online timesink – YouTube.

comScore puts Yahoo in third place, with U.S. web users spending 37.7 million minutes on its sites, which was about 9.1% of their web surfing time in August.The numbers are even more impressive when you consider that Facebook had just overtaken Yahoo in July, and in August last year U.S. web surfers had spent less than 5% of their online time on the social networking service. Still, it hardly comes as a surprise: Facebook has been growing steadily in the last couple of years, and in July it announced it had more than 500 million active users…read more