Social media and new technology such as high speed broadband and blogging platforms like WordPress over the last few years have started delivering on the Web’s promise of global open communication, sometimes called the “democratization of the media”. 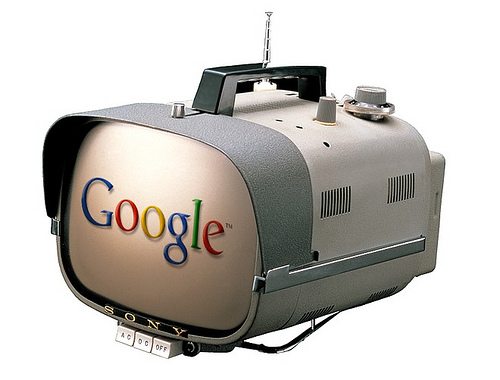 These developments have allowed people to publish, distribute and promote content easily without having to navigate the gatekeepers and curators of  mass publishing and mainstream TV.

YouTube has allowed people to publish and promote videos on a web platform that can be easily shared and embedded across social networks and multimedia platforms and with this we have seen the rise of the viral video with tens of millions of views not controlled by the traditional TV networks.

Google TV promises to knock down the walls between traditional broadcast studio TV and the long-tail of open video content produced by consumers, producing free choice and competition on this last bastion of closed media.

Google TV is the Google-powered, Internet-enabled television “platform that combines your current TV programming and the open web into a single, seamless entertainment experience”

Mike Hudack the CEO  of Blip.tv who has been trialling Google TV for several months says

Twitter announced this week an app for Google TV that will provide the features and functionality that you would normally expect from Twitter that will bring Twitter to a platform that will merge the TV and Internet into one experience.

This is just the beginning of what could be possible at the intersection of the Web and TV.

How do you think Google TV will impact your life?