In the last few days according to GigaTweet the number of tweets sent out on Twitter has passed 20 billion since Twitter fired up its web servers and opened its virtual doors. 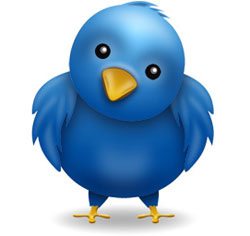 The first “tweet” was sent by Jack Dorsey on March 21, 2006  and the messaging system was originally only used for internal communications at the Podcasting company Odeo.

Twitter really took off in 2007 when it won a Web award at the South by South West (SXSW) Interactive conference in 2007 and gained a lot of users and started to get some traction in the market.

Official Twitter  statistics and usage are published by Twitter very rarely published (the last official figures were announced by Twitter in April) but the figures being shown by GigaTweets unofficial counter seem to be close to the mark.

According to GigaTweet here are the unofficial latest numbers on Twitter.

I have made my fair share of tweets that have added to this number. What is your contribution?