If you have a  technology addiction, I can almost guarantee it will be one of two things. 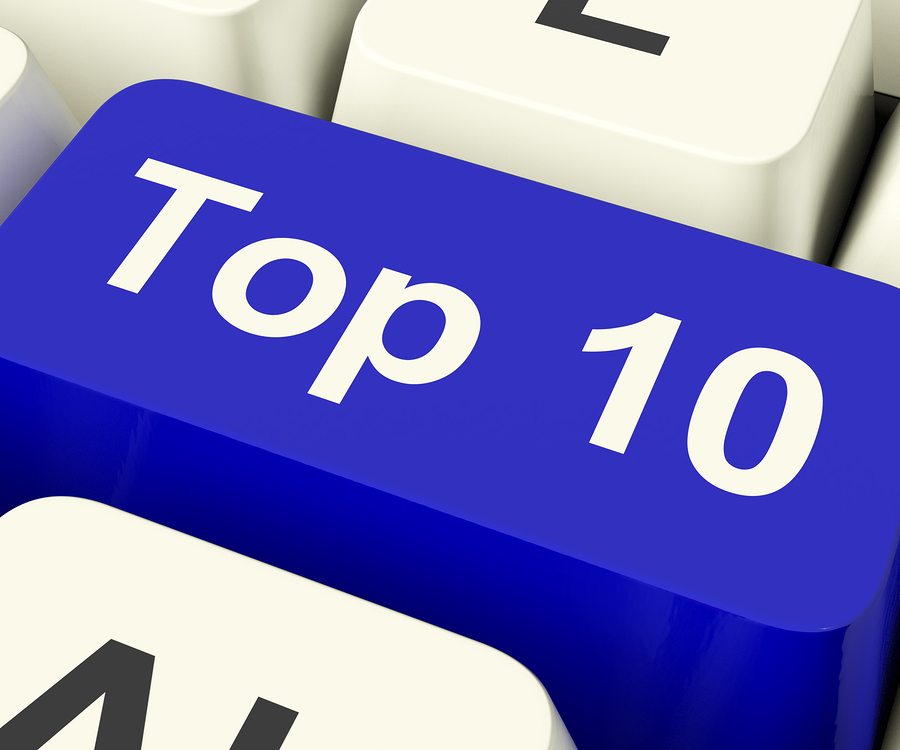 A social media network (most probably Facebook) or a mobile device.

Walk down the street and you will see people peering into small screens whether stationary or moving and I would warrant that one in two would be checking Facebook .

The reality is that content is where you should be starting as you start the social media marketing journey.

Just tweeting a phrase or updating a Facebook page with a “sales” message is not what social media  is about. You need to add value to people’s lives.

If you look at the top ten Facebook pages the reason people are “liking” these pages is to receive content whether it entertains, informs, educates or inspires.

YouTube’s content is education and entertaining videos, Lady Gaga’s content is “music” and “The Simpsons” page could be an entertaing snippet from a show.

Build the foundation of contagious and liquid content and watch your Facebook  fans start showing up. Give them a reason such as a voucher or a coupon to receive the content at a discount and watch it accelerate.

In July 2011, Facebook announced it would enable Facebook to be available for every phone on the planet and not just smart phones. With over 60% of the phones in the USA being feature phones (some call them “steam powered” phones) and not smart phones, it was a smart move by Facebook to increase its global market penetration and also take Facebook to every addictive device possible.

The strategy was to make Facebook available to everyone who had a phone no matter what type, color or carrier and that meant that in all, 2,500 types of  mobile devices could view Facebook.

In just over 12 months the popularity of the “Facebook for Every Phone” app page is evident as it now tops the Facebook pages list at over 130 million “likes”.

That is some growth in just over one year. 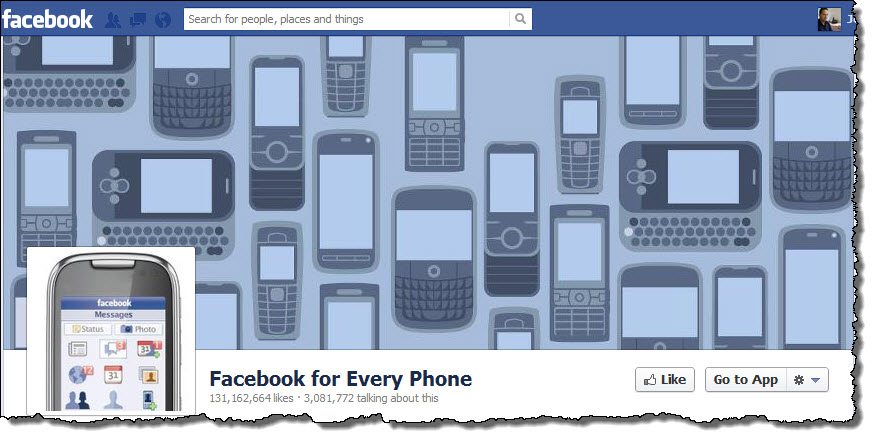 With Facebook’s share price languishing at about half what it was when it floated, it isn’t strange to see that one of the four tabs is “Investor Relations“.

Despite that the Facebook’s “page” numbers are still building from a “likes” point of view with over 71 million.

It is interesting to still see Facebook Timeline haters commenting in the feed ( I think it is time they moved on and got over it). Also prominent is Facebook stories keeping the personal human aspect of what Facebook is very much about at the forefront. 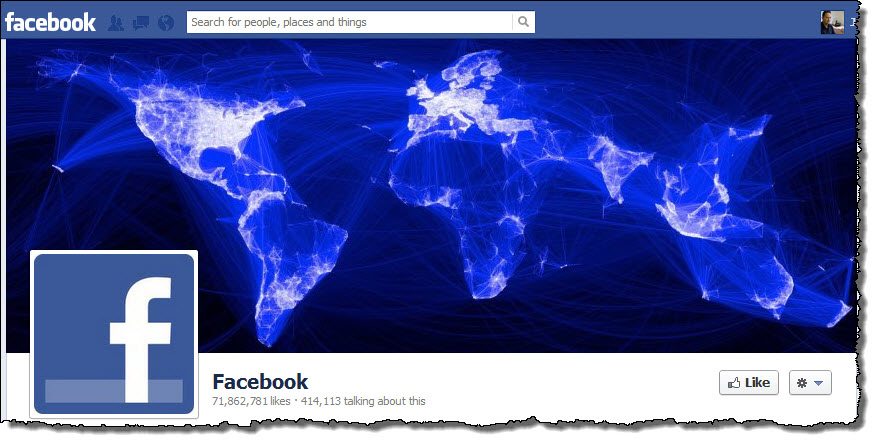 Gambling is maybe another addiction that follows closely behind mobiles and social networks online.

Texas HoldEm Poker has been on this top 10 list for a long time and doesn’t look like it is going away any time soon with over  64 million likes. Its update strategy is to offer giveaways for coins and other virtual goods. 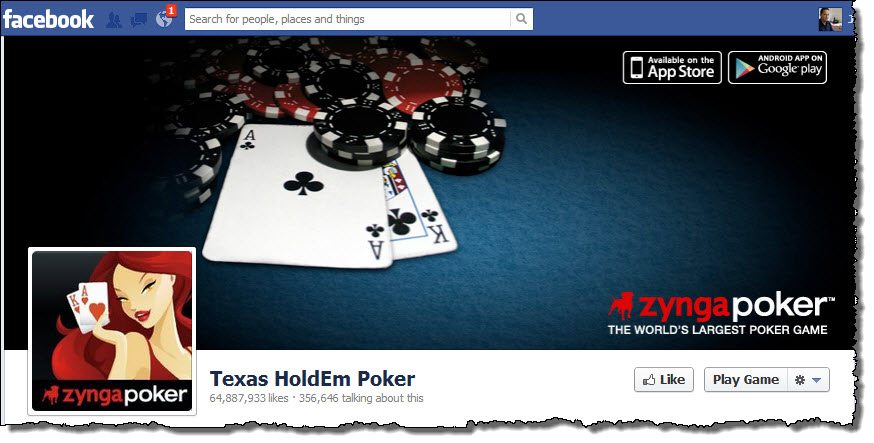 YouTube as the second biggest online property in the world maintains a minimalist theme with the one featured tab being “Events”.

The YouTube Facebook page has been popular for a few years and it sits at number four with over 62 million likes.

Featured videos are of course the main item on the content menu on the timeline updates with one very cool video link to Alexander Polli (the wingsuit flying man) providing some thrills as he flies and skims a few metres above the ground through a valley of rocky outcrops. 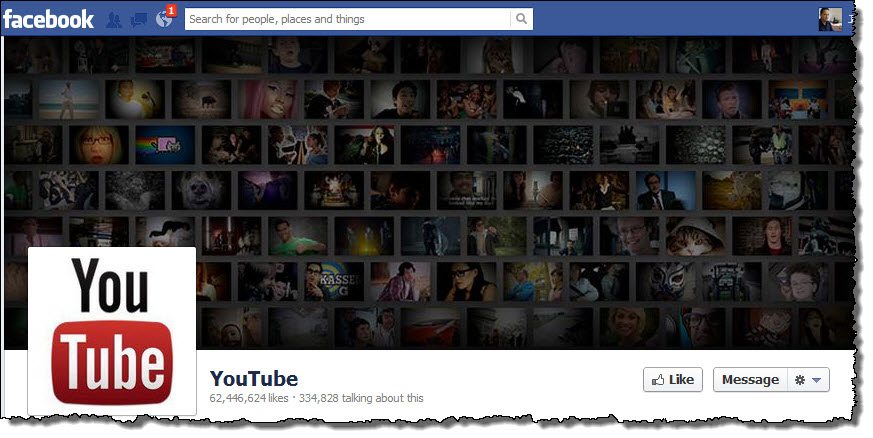 Eminem leads the musicians on the top 10 Facebook pages with over 60 million fans.

You can’t get away from the promotion of his latest album “Slaughterhouse” on the Facebook page with both a featured tab and an update in the timeline featuring a music video.

This page is the first in the top 10 with a “store” tab to sell paraphernalia such as t-shirts, hoodies and posters via an app.

Rihanna was discovered by the music producer Evan Rogers while he was vacationing in Barbados with his wife and the rest is history. Rihanna is now one of the top singer “brands” with a Facebook page totaling more than 60 million fans just behind Eminem. 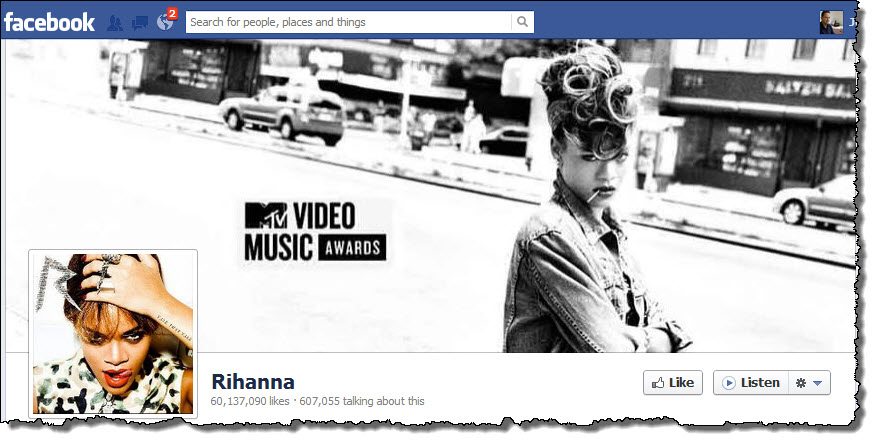 Does this television family ever grow old?

The Simpsons is now in its 23rd season and displays the everlasting appeal of a multi-layered show that attracts the younger and older generations with clever script writing. It doesn’t take itself (or anything else for that matter) too seriously.

Shakira nudges “The Simpson” in rankings and continues the prominence of musicians in the top 10 Facebook pages list.

With over 54 million likes she uses her Facebook page to promote her Fragrance line “Elixir Shakira” and of course her music.

Even with that much popularity, credibility is still promoted with the announcement in the Timeline updates that her music video “Whenever, Wherever” has hit 100 million views. 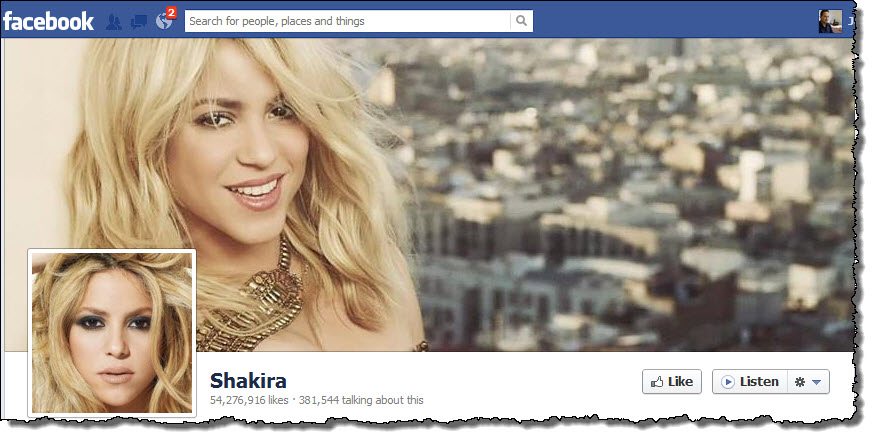 If there is ever one artist that cannot be ignored it is Lady Gaga.

Ranking at number 9 she has maybe slipped down the rankings over the last couple of years but with 53 million plus fans on Facebook she is far from being anonymous.

Michael Jackson continues to entertain us with his legacy of musical genius despite him no longer being with us. Michael’s Facebook page fills out the top 10 with  51 million fans and of course you can listen to his songs (via Deezer). Actually I am listing to “Billie Jean” while I write this.

He left us too soon. 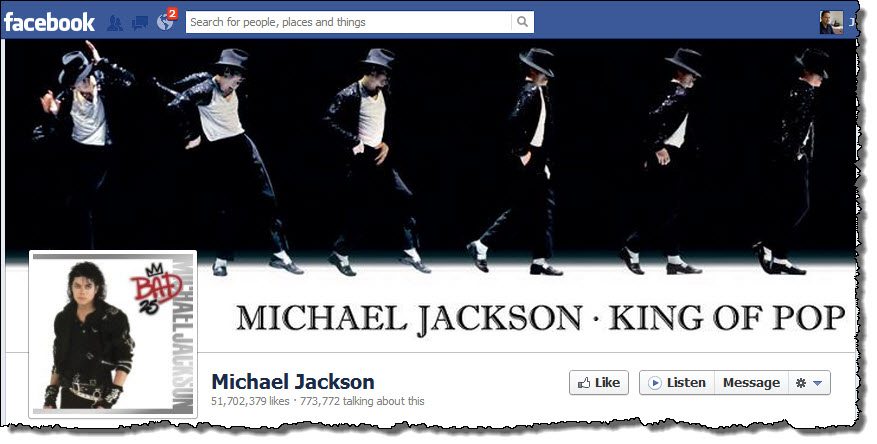 How are you using Facebook? Is it working for you?

How do you publish and promote your content whether it is a service, product, information or education on this social network?

Look forward to hearing your stories