What Is The Secret Of Success For YouTube Stars?

If you want to aspire to be the top in whatever niche you are in or aspire to whether that be sport or business it always worthwhile to look at what the top players do and have a closer look at how they have achieved their success and study their habits. 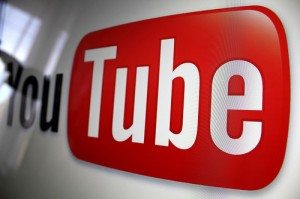 The thing to keep in mind with these YouTube stars is that with the demographic of YouTube being predominantly 18-34 year olds (they make up 34% of the viewing audience) that if you are a little older you might not find the top ten to your liking.. I certainly have felt the cringe factor cut in while viewing some of these videos but hey I am not 34!

Before we take a closer look let’s look at some more of the latest facts about YouTube.

Yesterday we listed the top five ranked YouTube stars, today we look at those that round out the top ten.

Shay Carl is a 21 year old who is very prolific with over 300 videos on his YouTube channel titled “Kalebnation” and again comedy is the thing (it didn’t make me laugh though). Total views in the past year stand at 192 million with Tube Mogul estimating his earnings at $140,000.

This is Greg Benson with his channel called “Mediocre Films” which he produces and publishes once a week (yawn…comedy again).  What does he say about himself on his channel

This comedy duo (Anthony Padilla and Ian Hecox) call their channel  ‘Smosh‘ with the viewing numbers around 154 million with estimated earnings  at $112,000. (I certainly felt the cringe factor engage here)

So here we have a YouTube channel called “The Young Turks” and it is a daily talk show with a focus on politics with some news, pop culture and entertainment thrown in for good measure.  On viewing it the presenter’s demeanour and style remind me a young Jay Leno.  What does their profile say

Total views to date stand at 153 million plus and estimated earnings for the last 12 months approximately $112,000

This is the Australian, Natalie Tran who uses her YouTube titled “Community Channel”  to discuss some of the day to day issues with Gen Y women but done with a clever dose of subtle humor and satire and has currently attracted  138 million views with estimated earnings of $101,000

For me the learning from all of these whether you hate or love the content is that they are passionate about what they do. In essence that is the number one secret to their online video success.

Image by by Rego – twitter.com/w3bdesign