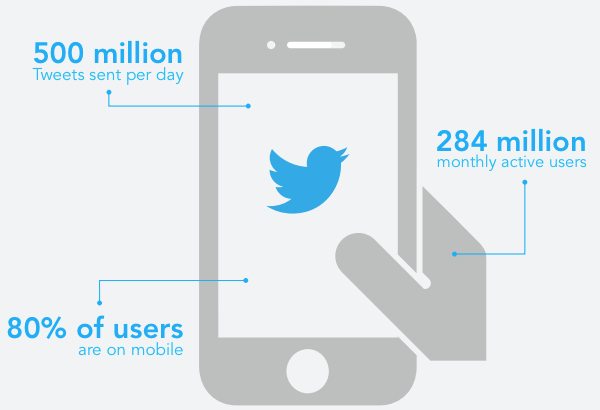 On the revenue creation side you might not sell directly from a tweet but it sure can increase your chances of brand discovery and awareness. Then the conversation will center around whether the first click or the last click should be attributed with the revenue result.

But being discovered is where it all starts.

Whether it’s a tweet in your stream or a search on Google. If they haven’t found you then you can’t start the engagement, the conversation or close a sale.

Simply Measured and Interbrand have just released a study on how the top 100 brands use Twitter. It reveals 8 insights on what works for them and how they are playing in the Twitter torrent.

Almost every one of the top brands has a Twitter account and since the study started in 2012 that has not changed.

What is changing is how many followers they have, how they use it and how often.  The biggest change is in the number of followers with 70% of the top 100 brands now with 100.000 followers which is up from only 48% since 2013.

This gives brands some free distribution to reach their followers. This is a major difference between Facebook and Twitter at this stage of the social media platform evolution. 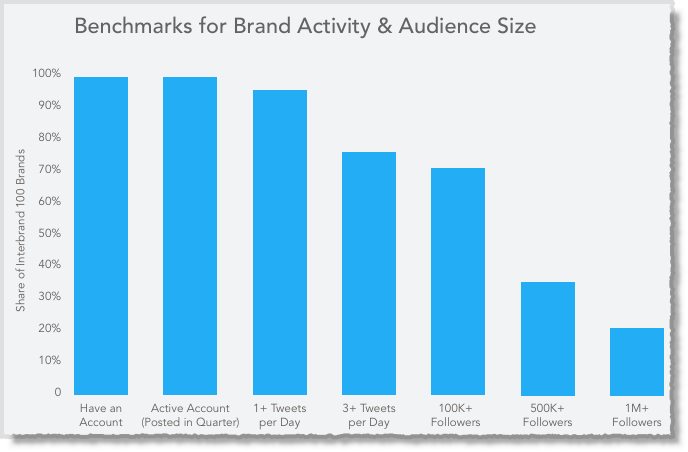 Posting frequency on Twitter and Facebook is sometimes treated by companies in the same way. It shouldn’t. Twitter will tolerate much more frequent posting than Facebook. In fact some studies show that a tweet every 15 minutes receives higher engagement than every 30 minutes.

The study results showed that tweeting every fifteen minutes instead of thirty led to the following:

Twitter should be seen as a stream and not an inbox.

What is interesting to see is that more brands are tweeting more frequently. Even though nearly 50% are only tweeting 1-5 times a day the number that are posting 25+ times has increased, though this is more about interacting with users. 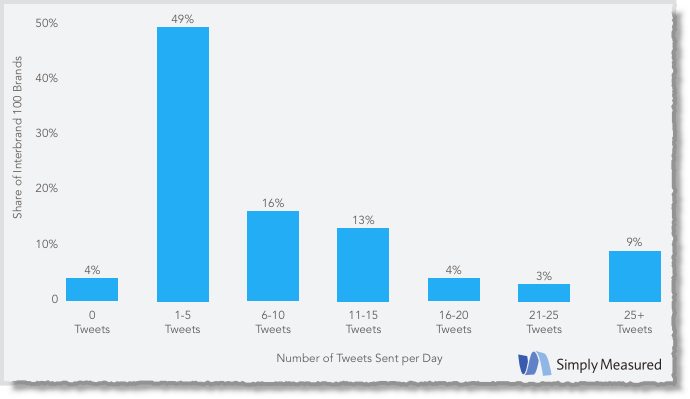 Sometimes it is said that our habits reveal who we are. For brands the study revealed the following about “Tweeting habits”. 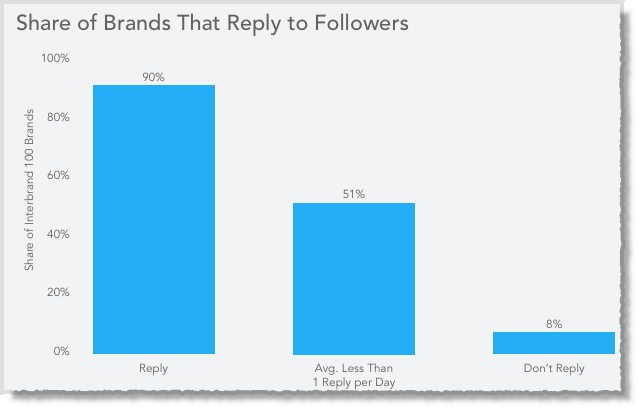 What is obvious with the study is that engagement on Twitter is up. This is happening partly because of the increase in the number of followers which has had an increase of 27% overall.

Here are the numbers on engagement.

The takeaway is that users are more willing in 2014 to endorse branded content. 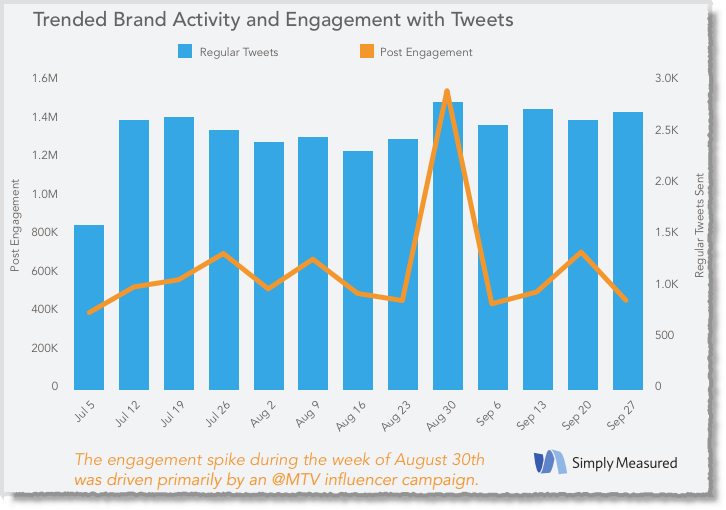 #5. The rise of visual tweets

Twitter has increased its image sharing visibility (with tweets now displaying images in the stream ) with tweaks to its platform over the last 12 months. What is is interesting to see with this study is to see the engagement level that this is creating.

The takeaway is that the top brands are taking advantage of this new “visual” Twitter and posting more photos and hence receiving greater engagement. 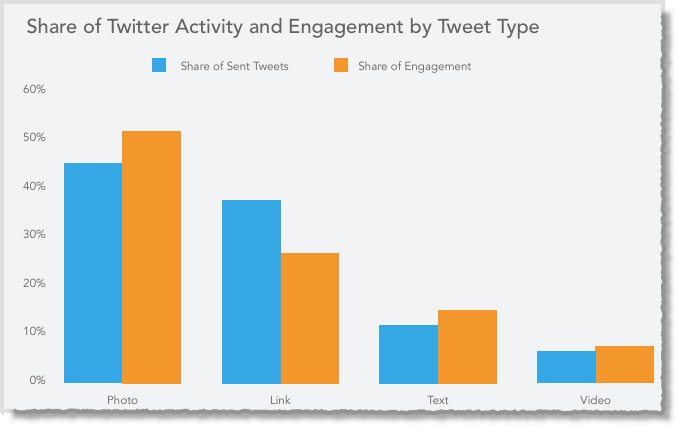 What was the most popular type of link?

The results for engagement were as follows: 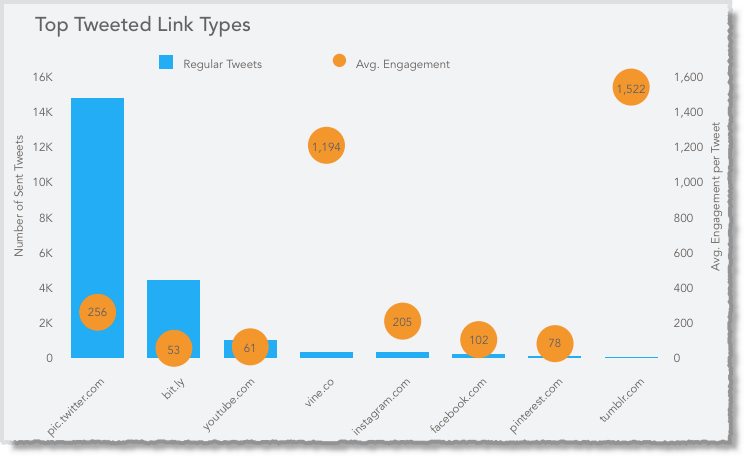 #7. Hashtag use is exploding

Hashtags were considered a very geeky activity 2-3 years ago but now with its universal adoption by most social networks their use has exploded.

Hashtags increase user engagement by 24% over a tweet with no hashtags. But don’t overuse them. Rule of thumb is around 2-3. 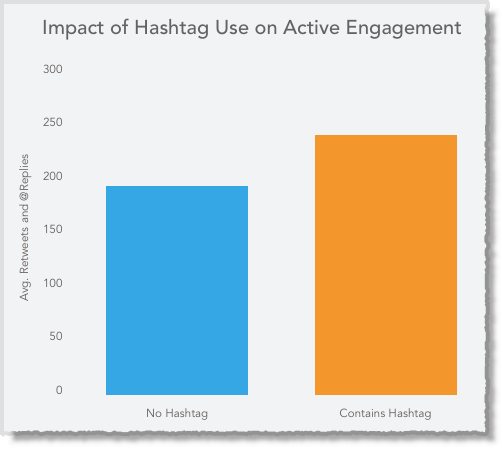 Twitter has been working hard over the last year or two on making mass media integrate and work better with social media. That is why you have seen the rise of hashtgas and twitter handles on TV shows and media companies.

The result is that Media brands have by far the largest engagement by users over any other industry on Twitter. It is double the next closest industry which is retail. 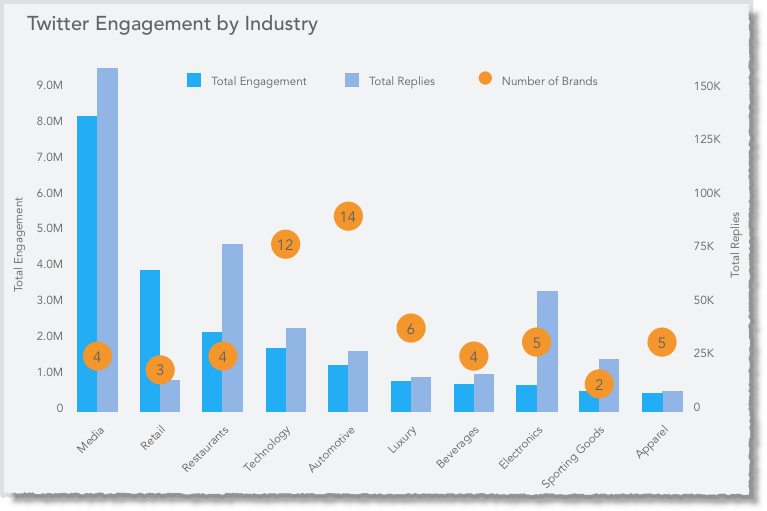 How do you use Twitter. Are you posting photos? How is your engagement with your users? Are you increasing your Twitter followers?

Find out how to generate leads with LinkedIn

If you want to learn more about how to use LinkedIn effectively, we are running a FREE webinar to show you how to tap into the power of LinkedIn.

You will find out how to generate more leads in one month than most competitors do in one year! 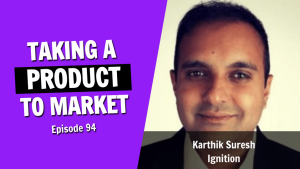