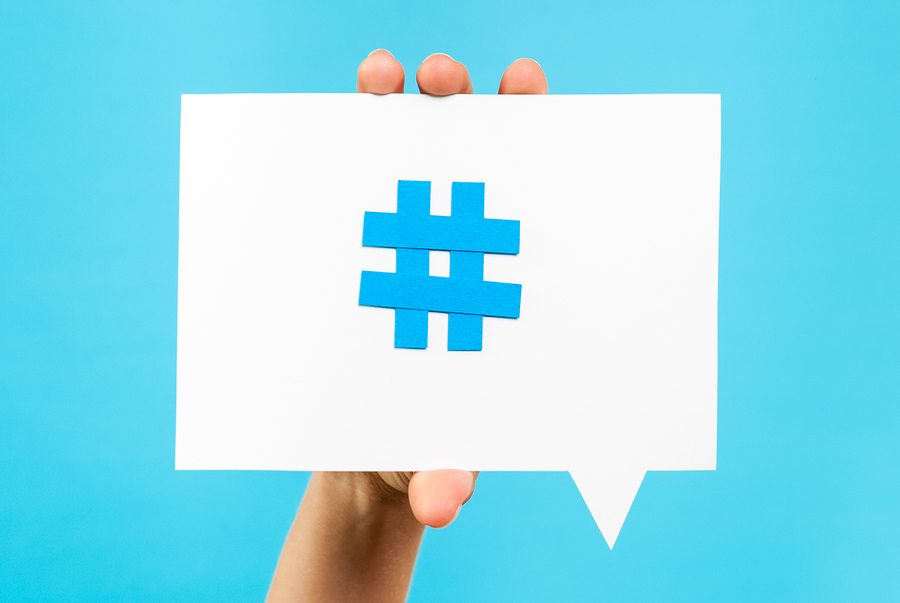 In case you hadn’t noticed, the hashtag has pretty much taken over social media.

With sites like Twitter, Facebook, Tumblr, and Instagram all using this format to organize content, it should be clear that this once forgotten character on the keyboard has finally made the big time. According to some research by Buddy Media (and mentioned on the Buffer app blog), one lonely hashtag can increase engagement by 100%!

Unfortunately, there are a lot of people out there who just don’t seem to understand the new trend. They misuse the organizational tool thinking that it is simply a means of attracting attention to their content. While the hashtag can serve this purpose, using it improperly isn’t going to help you at all.

Here are some tips on how to effectively make use of hashtags in your social media marketing.

The hashtag isn’t meant to be used for every word in your post. The point of this little character is simply to organize content and make it easier to find. For example, if someone wants to find news about their favorite basketball team, they might search for #NBA, but they probably aren’t going to search #basket or #ball.

Using either of those terms is likely to pull up multiple results that aren’t even related to the sport they are looking for. Hashtags are typically very focused, meaning that simple and frequently used words don’t usually make the cut. But how do you know just what to say in order to send the most effective message? By testing.

Most brands that take advantage of this social media tool spend some time testing their hashtags. Even the White House media team tested 26 different possibilities before one of the President’s State of the Union addresses, eventually settling on the 7 most successful messages.

It will be important to test each social media platform you intend to use and see for yourself what resonates the best with your customers. In addition to testing, you can also search each social media website for hashtags and look for the most effective words.

That being said, it should be noted that each site has a vastly different user base and you will do better to target each market individually whenever possible.

Just because you can use more than one hashtag in a message doesn’t necessarily mean that you should. Most perusers of social media sites see an overabundance of hashtags as nothing more than spam. While they can be an incredibly effective marketing tool, you may do yourself a disservice if you use them too frequently.

Typically, you don’t want to use more than one or two hashtags per post, with one hashtag being the optimal choice. In addition, it will be important to avoid using them in every single post that you make, as social media users are wary of businesses trying too hard to promote themselves.

Use these organizational tools when it makes sense to use them and you’ll reap the rewards of a more engaged subscriber base.

The true power of hashtagging is the ability to connect your brand with various popular and incredibly visible topics, which will drive new viewers to your social media presence, as well as give you the opportunity to engage with them. When well-crafted and used sparingly, hashtags can help increase your visibility and even improve customer relations. The more comfortable your followers feel with your brand, the more likely they will be to attempt interacting with you via social media.

You definitely don’t want to ignore them, but you don’t necessarily want to use hashtags while conversing with your followers either. As noted above, you don’t necessarily need to use a hashtag in every post, but it’s particularly important to remember that you should not use them while responding to someone . Whether it’s a retweet or a reply, avoid plugging these characters in when they are not needed.

Hashtagging in a nutshell

Well, there you have it. If you keep these simple concepts in mind, you are sure to see social media marketing success.

Effective communication is a must when it comes to brand management, but it should be noted that the overuse of hashtags can actually lead to fewer interactions overall. Using hashtags sparingly (no more than 1 or 2 per post) and wisely has shown to be an effective means of marketing for several brands and companies. Join the revolution today and start sending the right message with the power of the hashtag!

Have any hashtagging tips of your own? Leave your comments below!

Guest author: Hilary Smith is a tech enthusiast and business journalist who regularly enjoys sharing her research with her readers.