It’s not uncommon for a company’s marketing strategy to eventually start plateauing. Content requires patience and consistency, but sometimes you reach a point where you need something extra to move the ship forward.

If you’re still struggling to get to say, one or two thousand visitors per month, you may want to do further research on how to structure a solid content marketing strategy.

However, if you have a machine that’s been working really well, here are some next-level tactics you can leverage to push through a content plateau.

The first step is to open up Google Analytics and evaluate when the content plateau began to occur.

Did you make any changes to your publishing schedule, content creation method, keyword research, or writers?

If you have made changes that correlated with your plateau, revert to your original strategy.

However, if you haven’t made any changes consider this quick checklist:

If you see problems with any of the items in this checklist, go back and make adjustments to your content strategy. Without having these items in place (and the majority of blogs don’t have these items in place), your results from the next-level tactics we’re about to discuss won’t be nearly as powerful.

For example, there are a lot of people that simply don’t read blog posts, but they spend hours listening to podcasts on the way to work. If you don’t repurpose your content into a podcast, you’re missing out on a large audience simply because you don’t meet them with their preferred listening format.

Additionally, these other channels are proving to generate a fantastic ROI. About 88% of marketers are pleased with their profits from video and podcasting is proven to attract a high-earning listenership. In fact, only about 29% of people make over $75,000 per year in the United States, but 41% of podcast listeners make that amount or more.

If you don’t have any experience with either of those channels, consider starting with podcasting as you only have to worry about audio quality, and it’s easier to edit.

I started my podcast for just $24 with the Logitech headset that John Lee Dumas recommends. Though if you’re willing to go all-in, he also has mid-range and professional-level microphone recommendations. For editing software, you can use either Audacity or Garageband (which comes free on Macs).

Once you’ve created a podcast episode or video, you can send it to a writer to repurpose it into a blog post and break it up into further social media posts.

This is called the content sprouting method. Eric Siu of Single Grain used this method on his agency’s website and credits much of his growth from zero dollars to seven figures in revenue to the content sprout method.

I’ll give you an example of how he uses it.

He started by having someone record a video of him speaking…

Eric could then send the podcast to a writer and ask them to create a blog post with that content. Additionally, he could ask the social team to break the blog post up into smaller pieces to be repurposed on social media.

This is a great way to produce a high volume of expert content with little effort on the expert’s part.

#2. Engage with your audience

Another great way to push through a content plateau is by engaging more with your current audience. This will encourage more social sharing, which will help you generate more traffic. Additionally, the more loyal your following is, the higher your conversions will be.

So how should you engage with your audience?

Going live is incredibly useful for building a stronger relationship with your audience because they can ask questions in the chat and you can answer them live. Your audience will feel much closer to you, just as if they sat down to have lunch with you.

In fact, Noah Kagan of App Sumo has created live lunch videos just as a way to connect with his audience.

Noah not only hosts fun live streams, but he hosts super actionable ones as well. For example, he helped one person grow his email list to 100 people live in one hour. He helped another person make their first online sale in one hour live.

His live videos are gold because they aren’t just actionable tips – people can literally duplicate what he’s doing with another person and get the same results.

These behind the scenes videos work spectacularly well, and as 80% of people say they prefer watching a live video to reading a blog post, give them what they want. To maximize your efforts, simulcast to Instagram, YouTube, Twitch, Facebook, Linkedin, and other platforms.

In addition to going live, be sure to respond to comments on social media and retweet your audience’s posts. One brand that is amazing at this is Glossier.

They have built an incredibly loyal following, and they interact with their customers in a tone that sounds like two girlfriends just talking together. They’re also great at creating user-generated content that helps get the conversation started.

They also retweet tons of their customers’ tweets.

So don’t neglect your social channels and think about how you can make your audience more loyal and engaged with you.

One of the easiest things you can do to push past a content plateau is just to update old content. Take your content that previously performed well and has decayed over time and start updating it.

The results are truly incredible. Here’s an example of one piece that I updated.

It went from 11 keywords to roughly 150 in just a few months.

Start by choosing the right pieces to update. Consider using this tool, which tells you which posts have the best chance of performing better if they are updated.

Then do some keyword research and see which keywords it is currently close to ranking for (say in positions 5-10). Make sure that the keyword is included in the title and add a few paragraphs where relevant/appropriate to include low hanging keywords.

Update any statistics and case studies that are 3+ years old.

Finally, take a look at your click-through-rate (CTR). If you notice that some pages have a very low click-through rate, look at some of the other titles for that keyword. Make your title more appealing (while including your main keyword) and republish it.

Another great way to supercharge your content is to involve influencers. For example, I host a podcast where I bring on some of the industry’s brightest thinkers and interview them. It’s been a great way to both establish myself as an authority and tap into their connections.

However, it doesn’t have to be as complex as starting an interview podcast. You can simply ask influencers to give you quotes for a project. I’ll show you.

I recently wrote a piece and reached out to several influencers in the space to give me original ideas. The response was overwhelming. Almost all of them gave me quotes for my article. This not only helped make my piece much more authoritative, but many were also willing to share it, which opened up my brand to a whole new audience.

One of my favorite ways to push past a content plateau is by creating original research.

The best part is that it doesn’t have to be super expensive. My favorite example is when Andy Crestodina of Orbit Media wanted to know the average lifespan of a website. He wanted to include it in his article, but the statistic didn’t exist at the time.

So he hired a virtual assistant to pull the top 200 marketing websites according to Alexa using the free public data through the Wayback Machine. They found that the average lifespan of a website is 2.66 years.

The only cost in this research was hiring the VA (probably about $100) and it resulted in about 260 backlinks just for that single statistic.

If you don’t know what kind of statistics to create, just take note of every time you need a statistic to support a claim while you’re writing and keep a list.

A lot of statistics you’ll be able to create with public data. If you can’t, consider partnering with an influencer.

This is what Michele Linn of Mantis Research did when she was growing her startup. She partnered with BuzzSumo and offered to co-publish original research. As she was a scrappy startup, she did the heavy lifting by creating the survey and cleaning the data so that all BuzzSumo had to do was send out the survey to their email list.

Michele says, “Even though our brand was new, we were able to get backlinks to our study. And, it’s common for potential clients to mention that they learned about us by reading the study.”

I’ve also seen a lot of creative polls on Twitter and Facebook. If you already have a following, source some statistics from your own following. Tim Soulo of Ahrefs is a master at this.

If you don’t have a huge following, you could even ask an influencer to post a poll for you.

One of the most successful next level content strategies I’ve seen so far is using a tool to build your brand. Neil Patel is a great example of this. He already had a super solid content strategy in place, and while his traffic wasn’t declining, it wasn’t increasing as rapidly as he hoped. So instead he purchased the keyword tool Ubersuggest and gave it away for free.

The results were incredible.

From being stuck at roughly 200,000 visitors per month his traffic then skyrocketed to about 2.5 million in roughly three years.

While Neil purchased the tool for a considerable amount of money, you don’t necessarily have to. You can go to a website like indiemaker.co or codecanyon.net to purchase cheaper ones. It could be a simple calculator or widget.

It will also help you up your SEO game because people are much more likely to link to tools. Just be sure to give it away for free as paid tools will make you just like anyone else.

Guest author: Megan is the CEO and founder of the content marketing agency, Ignite My Site. She is also the host of a content marketing and SEO podcast that breaks down the strategies and tactics of the world’s most celebrated content marketers. You can connect with her on LinkedIn or Twitter. 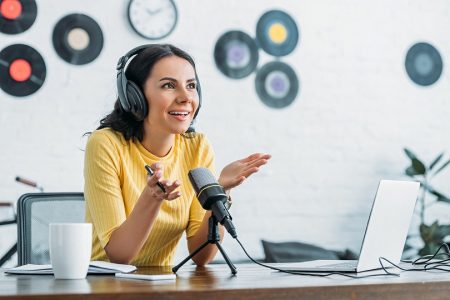