Is Facebook’s Growth Under Threat?

Facebook has been on a huge growth binge since Mark Zuckerberg launched the social networking platform at Harvard in 2004. Its stated goal is to reach 1 billion users and there are some numbers emerging that indicate that reaching that level may take a little longer than initially expected or maybe not even be achieved. 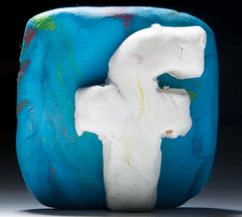 Inside Facebook released some figures last week which showed the social networking giant still growing with its monthly users approaching 700 million with a total of 687 million monthly actives (a growth of 11.8 million).

Decline in the US?

What was interesting though was that data showed these trends in the USA and Canada during May.

Is this the first sign of the marketplace in Canada and the US reaching saturation?

In the scheme of things though overall though growth was maintained though with countries such as India adding nearly 2 million,  Brazil with 1.9 million additional users and Indonesia adding 1.5 million.

Are These Numbers Accurate?

The question that needs to be asked though is “Are these numbers accurate?” Inside Facebook published the following day a post revealing that statistics from several other sources with conflicting trends.

The Compete.com numbers displayed a decline but Comscore and Quantcast showing continuing growth in Facebook’s numbers during May in the US. 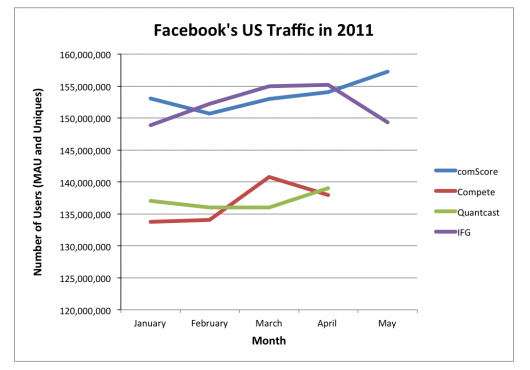 If this is the case, is Facebook close to or past its zenith in the developed countries and will the growth have to be obtained from the developing nations?

The greatest opportunity for growth is maybe India (the second most populous country on the planet) with a population over 1.2 billion where many are English speaking. China promises huge potential for Facebook with a population of over 1.3 billion but until Facebook  is allowed to operate there then that potential will never be realized.

Some numbers from Nielsen show that in Australia where Facebook use and penetration is one of the highest in the world, that the overall trend is very flat and bouncing around between 8.7 million and 9.6 million over the last 13 months. 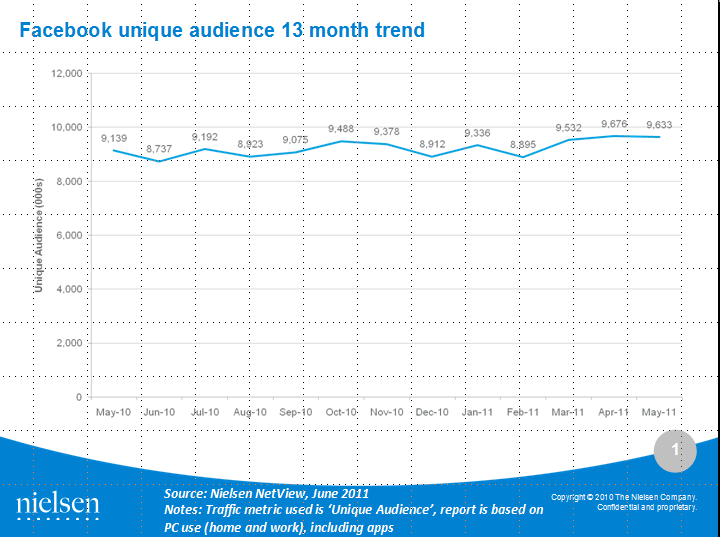 The reality is though that  nothing lasts forever and Facebook might find that it will need to start not taking  its users for granted on important features and functions such as privacy and security.

I will watch with interest over the next few months to see what trends will emerge.