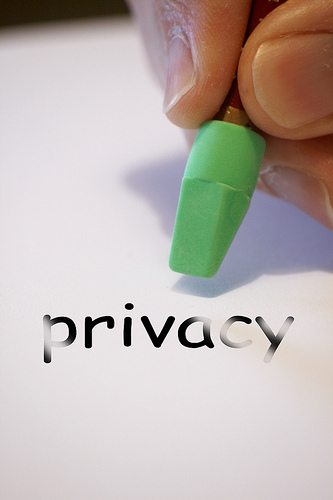 Dmitry Shapiro sure hopes you would.  The former Myspace Music CTO recently rubbed elbows with investors like Draper Fisher Jurvetson in order to put wheels on the project he, for the moment, calls Altly.

What is it?  The answer is in the name: an alternative to Facebook.

But what does Shapiro have against Facebook (except that it sent Myspace to its untimely end)?  Shapiro left the outdated social network in April and has been quick to announce himself Zuckerberg’s rival.

There is clearly nothing wrong with Facebook making money, as all business has to do. What IS clearly wrong is when our privacy, our personal information, our digital lives are being subjugated for the sake of profit, without us having any meaningful capability to opt out, or even know the extent of such activity.

Ah, yes.  That whole privacy thing.  The issue that’s raised a veritable army of unsatisfied Facebook customers, on whom Shapiro is now relying to get his upstart project on the road.

Is there another option? What are our alternatives? If we don’t like what Facebook is doing, what can we do about it?

Well, herein lies the problem. There are NO serious alternatives at this time. For every Coke there is a Pepsi, for every Ford there is a Chevy, for every PC there is a Mac and for every Facebook there is…. a void! Facebook has such overwhelming power that practically no one believes that trying to build an alternative is possible.

You can check out the whole blog post here.

A Social Network with More Control By the User

According to Shapiro , Altly emphasizes easy but detailed customizable privacy controls, data ownership and portability, and even the option of individuals making their data available to advertisers if they so wish.  No more will the News Feed reveal to the world the comment about your irritable bowel that was only meant for your friend’s eyes.  No more data mining or government fishing expeditions.  You get the idea.

Will this army of ex-Facebook-devotees be enough to make Altly any bigger of a threat to Facebook than Myspace was in April?  Time will only tell.  Shapiro’s record isn’t the most encouraging one (previous ventures include Veoh, which spent a whole lot of money playing second fiddle to YouTube, and Akonix, an instant messaging security company bought out by Quest).  Jurvetson’s Managering Partner Josh Stein tweeted his excitement about the partnership, and though one assumes people like Jurvetson don’t just throw money around, it happens.

Would you make the switch to Altly?

Will These Competitors Slow Facebook’s Growth

Guest Author: Tracy Sitchen is a veteran coupon clipper, stay at home Mom, and aspiring writer. While she loves shopping, she loves the chase of the deal even more! She’s recently been writing about KFC coupons along with Tide coupons over at her blog where she shares deals and discounts to help every day people save money.