The Top 4 Digital Marketing Tactics You Ignore At Your Peril

In the past marketing was easy. You advertised in the yellow pages, you sent letters and catalogs using direct mail, cold called and you placed ads in trade magazines and local newspapers. 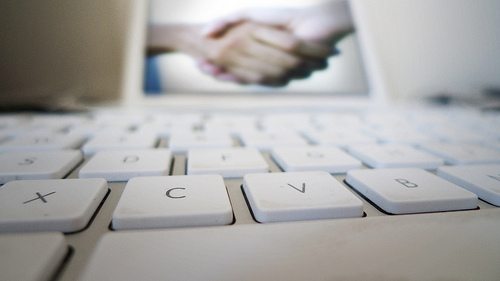 If you were a larger company you used television, radio and national newspapers. It was known, comfortable and expensive.

The arrival of an increasingly digital economy and new media is chipping away at the familiar and known and replacing it with marketing platforms, channels and tactics that didn’t exist 5 or 10 years ago that companies and marketers are still trying to get their heads around.

The ageing “baby boomer” CEO’s and senior management are afraid to embrace it because it is new and scary.

We now have Facebook, YouTube, Blogs, Twitter, email and search engine marketing and they all reach out to different demographics and markets. Musicians trying to get a break and get a record or DVD deal in the past had to engage an agent to help to secure a record deal with a music label. They then waited and prayed that the agent and the record company would work on their behalf. Their future was in some else’s  hands.  Today they are going direct to the market themselves without those intermediaries in between them and their audience making their own YouTube video and going to straight to the market themselves. This web trend is called “Dis-Intermediation”

An example of this trend is Kate Leahy who with a budget of $20 and with some creativity and hard work made a YouTube video from her bedroom in outback Australia and marketed herself to the world (without an agent or a record label) and ended up touring Europe for 4 months and performing at shows across 4 countries only 3 months after producing her video “The Life Raft“. Kate made a stop-motion video using over 900 compiled photos that  took her an entire month to produce but it was done on time and she didn’t go over her budget but she had control and she was able to do it herself.  If you are passionate and committed you can achieve amazing things.

The cost of lead acquisition is also another reason to use the new digital media for marketing as it reduces the cost of those sales leads. A recent comment on the article “The World Is Hanging Up” by the Johan the marketing manager for the telecommunications company Telefonix.co.uk in the UK revealed that after tracking and counting the cost of acquiring sales leads that Web and Organic new media marketing was the most cost effective lead generator.

So where is the smart money being spent by the top companies to make the best use of their marketing budget? StrongMail have released the results of a survey of 925 marketing and business leaders showing that the top 4 investments companies are making in marketing are

So this is where the smart money is going. Where are you spending your marketing dollars?