Social media is emerging from its adolescent phase and is rapidly maturing. 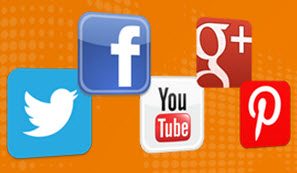 Initially social networks had an image problem with some CEO’s and executives thinking Facebook was for teenagers to post the weekend’s party photos and Twitter was for narcisstic attention seekers with a limited vocabulary.

There was also an initial perception that because the platforms were free to use that participating was cheap and easy. Experience has shown otherwise.

Tools and time saving apps are emerging to help companies to be more efficient and able to manage, control and  monitor social media. These functions and features are also being integrated into Enterprise class software solutions.

Burson-Marsteller first launched a study in 2010 that looked closely at how companies were adapting to this new media. Here are their 2012 findings

In 2010 the Fortune 100 were participating on social media but not to the extent they are now. The social networks were used for broadcasting but there was limited engagement. In 2012 they are having constant conversations with their customers and followers and creating vast amounts of  digital content.

What are the top 5 findings from their latest research?

Corporations, Brands and organisations have realized that  social media spreads stories in real time and at high velocity. In 2012 the Fortune Global 100 are mentioned 10.4 million times per month with Twitter transmitting 5.6 million of those conversations. This represents a growth in Twitter conversations of over 700% in just 2 years.

Gone are the days when PR companies were clipping media mentions from newspapers and magazines and posting them to the corporation via snail mail.

In just one year YouTube use has increased by 39 percent. It is no longer considered a channel for just entertainment but also education and positioning and branding. Corporate YouTube channels are averaging over 2 million views. This growth in conversations and views by customers is making it compulsory for companies to participate on social networks.  The social networks are proving to be a great source of free media attention that is not paid but earned.

3. Engagement is the Norm

Organisations are not just broadcasting but engaging with their customers and prospects. On Twitter 79 percent of companies are engaging via retweeting and @mentions. On Facebook 70 percent of brands are are responding to comments on their walls and timelines.

The average number of multiple social media accounts has soared since 2010. The number of average Twitter accounts is now over ten (up from four since 2010)  and over 8 YouTube channels (up from 1.6 in 2010). This is because companies have realized that they need to target audiences by geography, topic and service. The larger organisations now have both the tools and the resources allocated.

In the last twelve months Google+ and Pinterest have entered the social networking ecosystem. Companies have quickly embraced these channels with  nearly 50 perecent of the Fortune Global 100 on Google+ brand pages and 25 percent on Pinterest.