Finding customers can involve attending networking events where everyone grabs their 100 business cards, puts on their best suit or “business hunting outfit” and then lurks at the back of the cocktail party ready to pounce after surveying their prey from a safe distance. 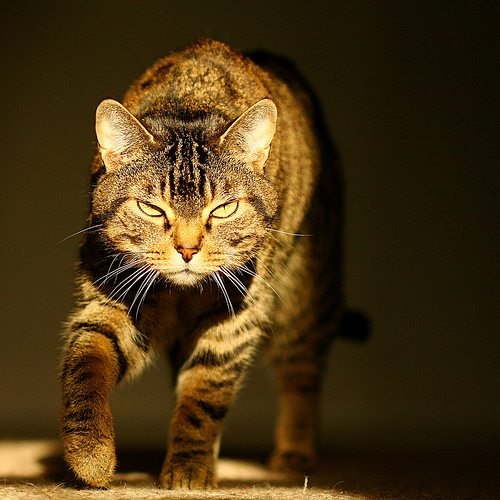 You can always “hope” that the person you buttonhole will tolerate your witty, clever banter and that they will be interested in what you have to say about you, your company or your product.

If you are lucky you may meet 2-3 people and it will be hit and miss whether they are interested.

There is a better way to  do this and it involves technology and it enables you to take your stalking on-line that removes the uncomfortable tension of that cocktail party. Now I use the word “stalking” in the nicest possible way (not the harassment type of stalking that often befalls movie stars) and it is about identifying your target audience on Twitter, observing and then engaging with them initially online.

Twitter and other social media and social networking sites can accelerate your business networking  by allowing you to identify your prospects, make contact online and then arrange a real life meeting over coffee

Two Ways to Find your Target

The rise of Twitter has now enabled us to find companies and individuals using both of these tactics that can be geographically targeted as well as used in real time. There are various Twitter tools that can assist you in identifying influential  industry power hitters by influence as well as follower quantification.

As an example if you wanted to start to find and engage with a fashion target audience you may want to use the more specific phrase “fashion design” phrase rather than just the rather blunt keyword “fashion” if that is the type of  user that is important for your particular fashion niche.

This is maybe not used as well as it could be by people and companies in general. To really become a power user of Twitter advanced search then you may need to become familiar with some the refined ways in which “search operators” work on Twitter. 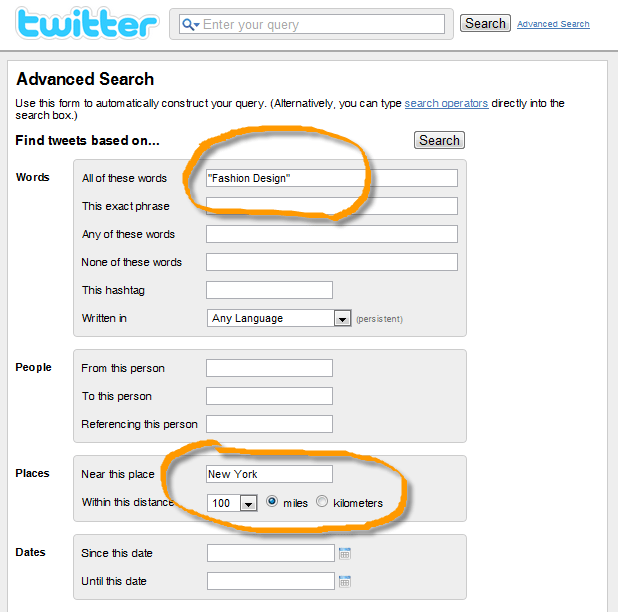 Now you could also use Tweetdeck or another general Twitter app that helps you manage and control the Twitter fire-hose.

In Hootsuite for example you can append your location to find Tweets in your location. This would be very useful for a local business that is wanting to see locla”buzz” on Twitter for its key words and phrases. 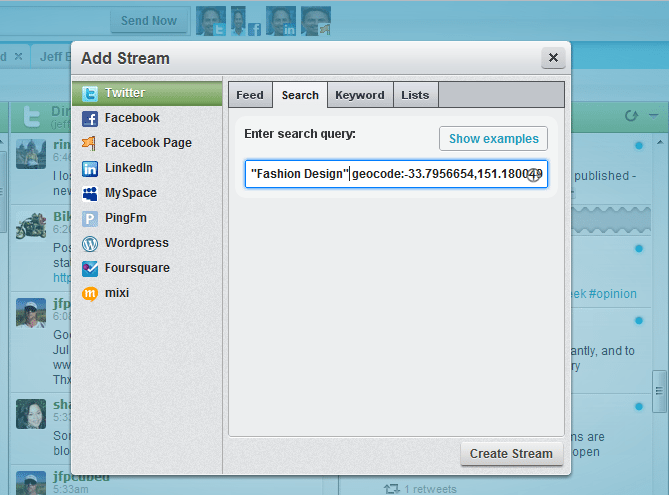 Topsy allows you to use the keyword and phrase serach according to several parameters such as the last hour, tweets from the past 24 hours or past 30 days. 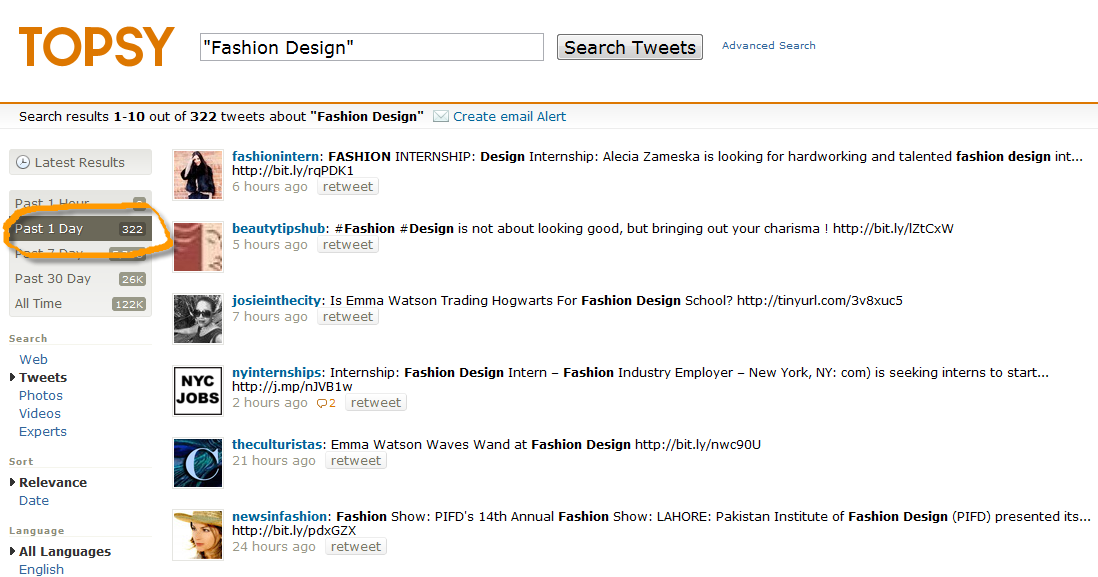 The Archivisit provides a very visual interface that allows you to identify and click through to Twitter accounts of the top users who often are the most influential.

It also identifies the top words and the top URL’s that can be useful in seeing which accounts are generating the most buzz. 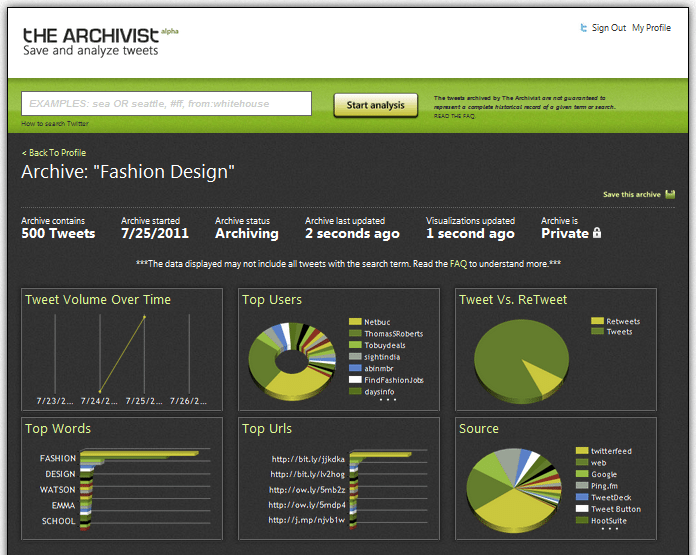 WeFollow.com provides 2 views either “Most Influential” by their ratings or “Most Followers” which again provides the means to identify and target the influential people or brands 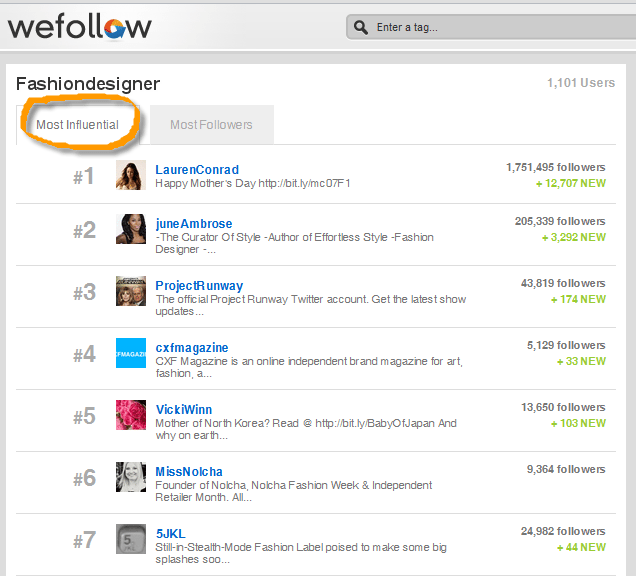 Now I have mentioned Twellow in past articles but I have included it here because it provides the capability to target by “categories” such as you could in the “Yellow pages” rather than tags or phrases. It also has been recently upgraded and is now much faster to use with a better user interface. 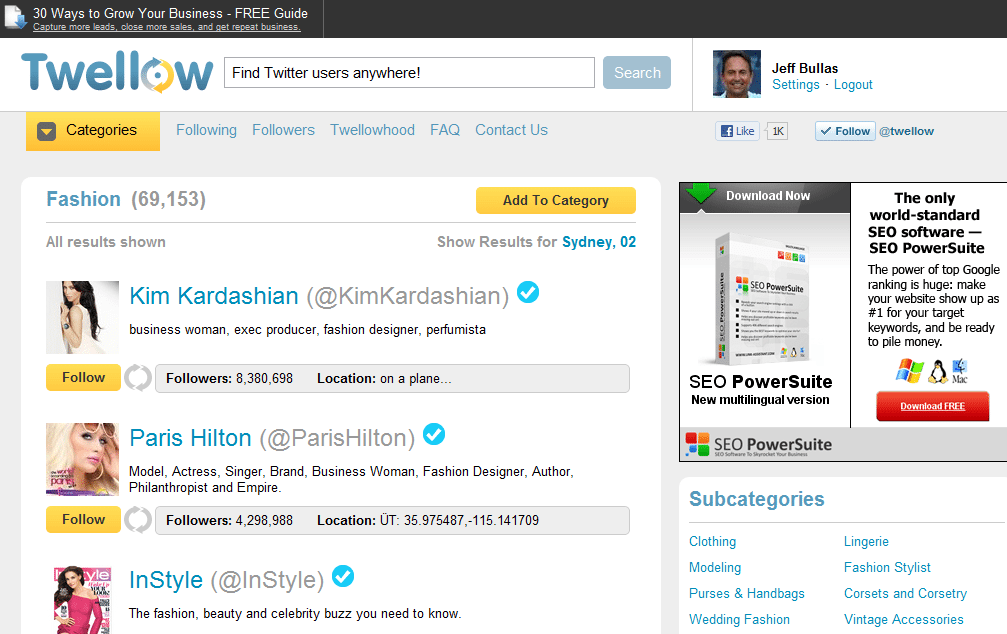 These different tools all have their strengths and you will find some more useful than others but they will provide you with tools that can help you identify and then start engaging with your target audiences(s).

Which one do you use?