8 Reasons to Consider Marketing with Google+

When Google+ was launched there were mixed reactions. 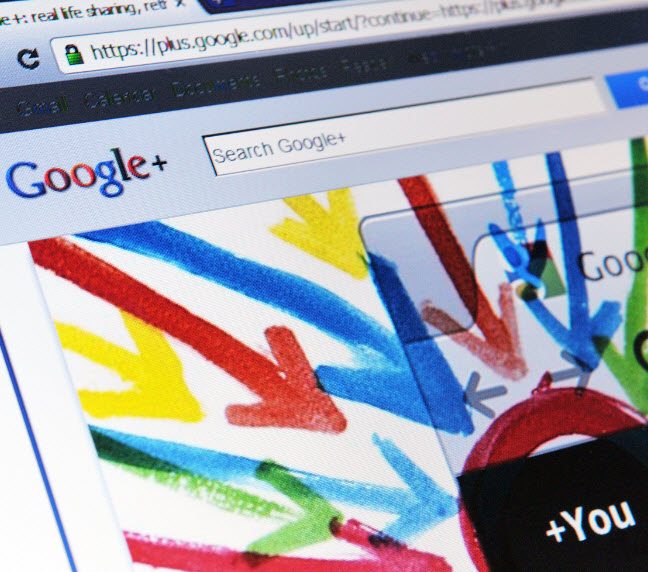 The responses ranged from people with social media fatigue who thought “not another social network! “. There were also those curious personalities who said “I wonder if Google will offer a true competitor for Facebook?”

As Google watched the rapid rise of Facebook, Twitter and the social web, it realised that it couldn’t ignore this important internet evolution any longer. It invested over $550 million in the platform and its supporting technology and offered incentives for its executive management to make Google+ a success.

On June 28, 2011 Google+ was launched and proceeded to make an impact and inroads into the social media world.

Google plus had several advantages over Facebook that had commenced six years earlier.

Facebook had to respond and it quickly launched a range of upgrades and acquisitions (Instagram) that met the competitive challenge.

So what are the numbers?

After just two years the numbers are in and they are compelling, but not many people are aware of the penetration and popularity of Google plus.

Marketing is always about fishing where the fish are and Google+ has a lot of fish .

8 reasons to consider marketing with Google+

With most marketers comfortable with using Facebook for their primary social media marketing tactics they quite often don’t see the other opportunities.

Here are some compelling reasons to register and start using a Google+ page to complement your Facebook page, your social media and digital marketing activities.

Google+ hangouts have been an important part of the Google+ platform since day one. They allow you to create online meetings that are limited to 10 active users but it allows you to stream YouTube video to an unlimited number of viewers.

Hangouts provide a way to engage with small groups of customers that you may want to share important information and/or educate.

Google doesn’t need to make money from Google+ as its major revenue (over $30 billion) is from its Google adwords and search advertising. It doesn’t need to force you to pay to be visible on Google+.

Facebook has increasingly applied its Edgerank technology that filters the updates that are seen by people that have liked your brand’s “Facebook page”. Some research shows it at less than 15% and shrinking.  This is so they can force you to spend to advertise on Facebook to get attention.

It has become “pay to play”

Google plus does not filter (censor) your updates to followers that are following your page.

Point two leads to another advantage. There are no annoying advertisements on Google plus. No distractions and no one wanting to sell you weight loss or dating services!

Google wanted to enhance its search engine capabilities by having humans vote on what content they liked. (That is the Google+ button). This is now built into Google’s search algorithms to ensure that Google remains relevant on the web.

This makes certain that your content is receiving votes (social signals) when you are participating on Google+.

By participating on Google plus you are increasing the visibility of your brand. Ever searched for a brand or business and noticed what comes to the top of the rankings? It is all the major social networks that appear on the first page. Also what should be considered is the importance of securing your brand name on Google+, which is an important part of building your online digital assets.

6. It is the second largest social network

Google plus is no longer something to be ignored  with over 600 million registered users and over 350 million active monthly users. Many of your customers are now on Google+.

That on its own should be enough to make you motivated to participate. You do need to establish a marketing beachhead on this significant platform.

Google has removed “Google Places” and now has created a “Google+ Places Page”. This means that customers who are on Google+can leave reviews for your business there. This turns up on local search results.

Now that is something you shouldn’t ignore if local location marketing is vital for your retail store or business.

8. Integration with other Google properties

Google built Google+ from day one to be integrated into its other web properties. They consider it as being “core” to its entire online strategy so it is woven into Gmail, the Chrome browser, Picasa and YouTube.

This integration will lead to more effective marketing over time.

Are you on Google+? If you are how are you using it? Is it effective? Is there anything that you don’t like about Google plus?

If you are an avid user, what is the best feature you like about Google+?

Look forward to hearing your stories and insights in the comments below?

Learn how to market your blog with social media

My book – “Blogging the Smart Way – How to Create and Market a Killer Blog with Social Media” shows you how.

I also reveal the tactics I used to grow my Twitter followers to over 170,000.

Read more about it here where you can download and read it .