5 Insights into the Latest Social Media Facts, Figures and Statistics

Social networks are embedded in our lives. To put that in some perspective it is worthwhile from time to time to see what the social media landscape looks like and review the latest social media usage statistics, facts and figures. 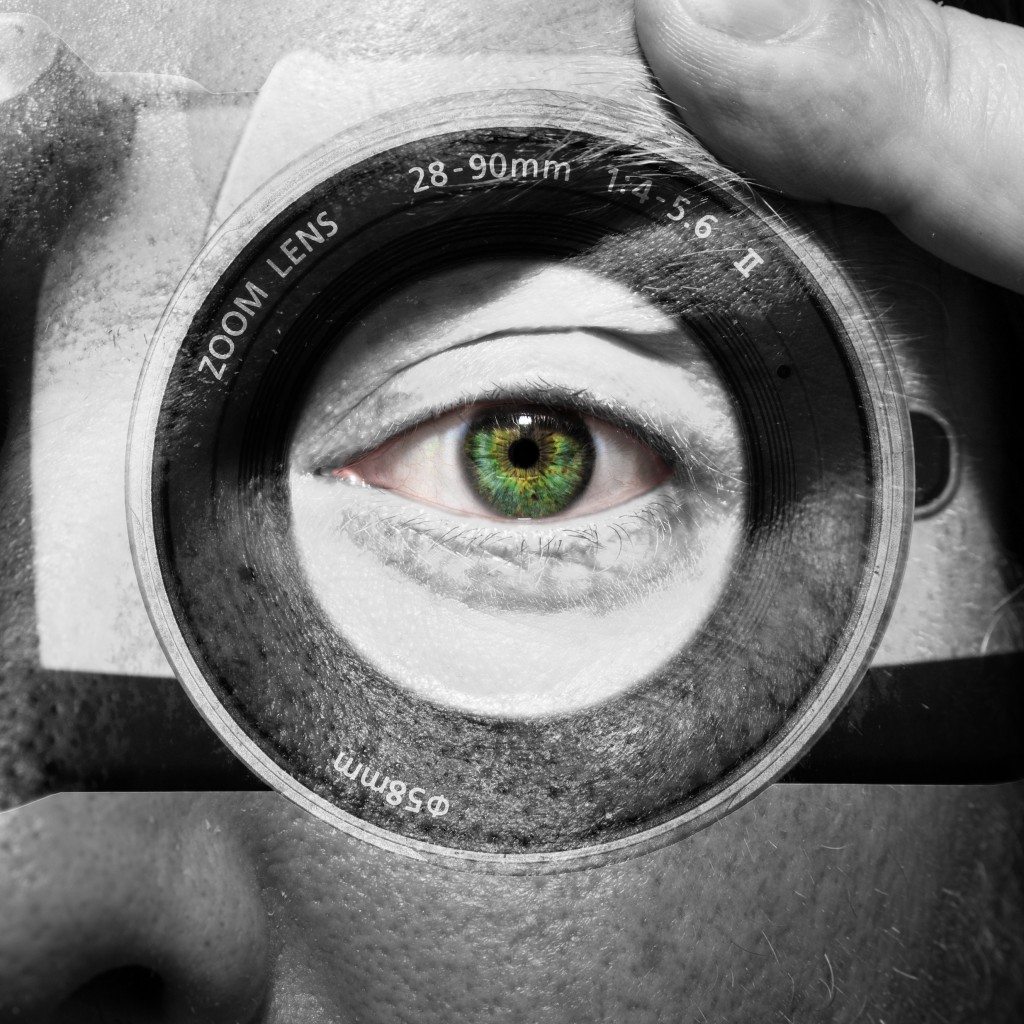 The latest GlobalWebindex Study for 2013 shows that social networks are not all about English speaking media. Large populous countries like China have significant social media platforms that are larger in size than some of the largest well known networks such as Linkedin and Pinterest. These include Sina Weibo, Qzone and Tencent.

Other interesting revelations are:

So what else does the this extensive study of 31 different markets covering 87% of the global internet population by the GlobalWebIndex study reveal? 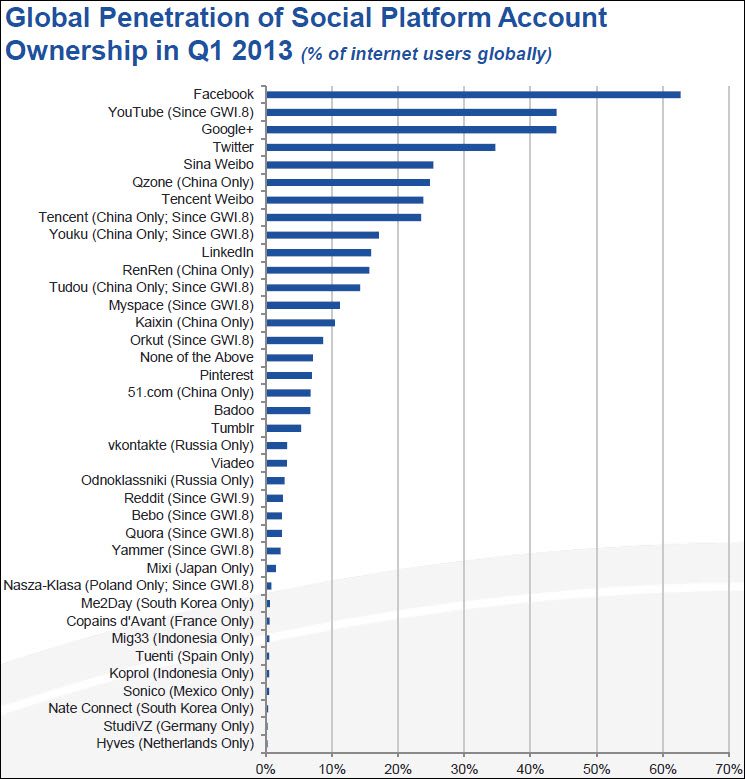 What I found rather insightful with this graphic is that Facebook and LinkedIn have older audiences than the other platforms. The younger demographic is hanging out on Twitter, Google+ and YouTube.

The other surprising facts are that social networks are dominated more by the males. This even extends to Facebook (55%) but is not as marked as LinkedIn (66%) .

Twitter’s charms are being discovered in increasing numbers but what is surprising is that the 55-64 age bracket is getting rather excited about its virtues with a nearly 80% increase in usage over just 9 months. 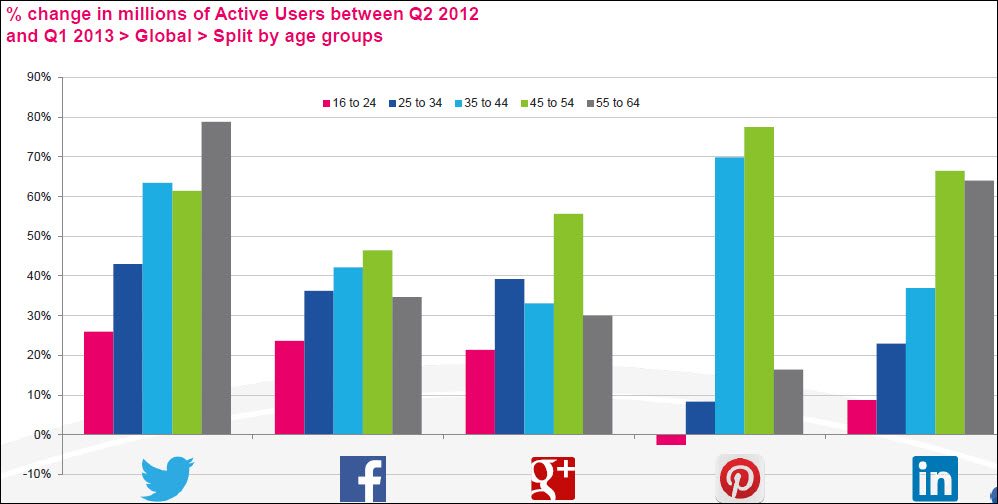 4. Engagement split at a global level

Active users for the last month:

The purest figure here is maybe the number of (post) text updates. 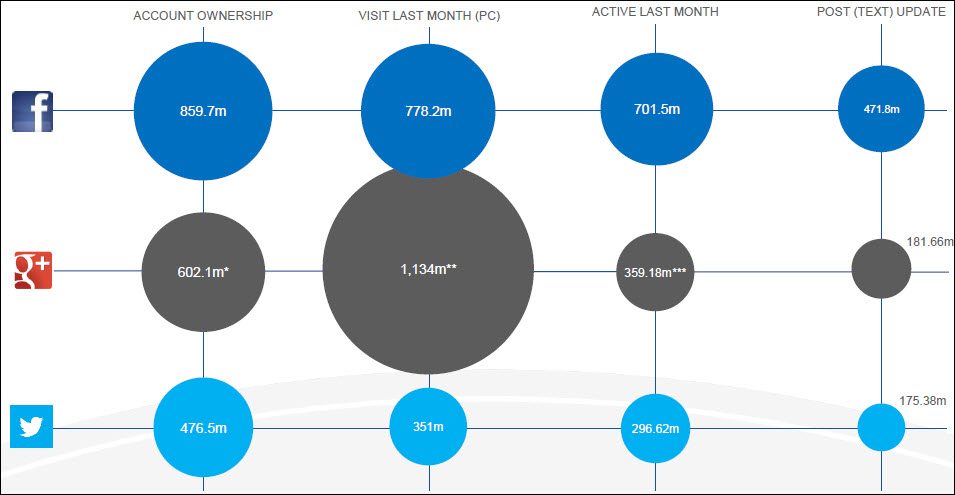 Facebook’s active usage level is very high with an incredible 82% engagement rate in terms of the proportion of active users to account holders. Next highest is Twitter (62%), Google+(60%), Pinterest (53%) and Linkedin rounding out the top 5 at 51%

So what are the top findings from the study.

What did you find revealing about any of these facts and figures? Look forward to your feedback in the comments below