Computer technology at its birth was complicated and extremely difficult to use. 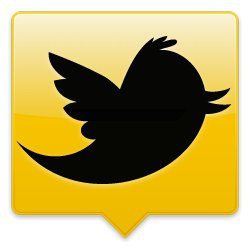 It was the sand box of geeks and engineers. You had to have a degree in computer science to play with the big mainframes of IBM and Hewlett Packard.

It was the age of “big iron”, water cooled monsters that took up rooms to crunch data that is now seen as simple tasks and can now be performed on your iPhone.

Computing for the Masses

The advent of the personal computer brought computing to the masses. Steve Jobs and Bill Gates were two of the pioneers that over the last 25 years have put desktops and laptops that were affordable and portable on to people laps and desks.

Software emerged such as Word, that enabled people to easily write their own documents and by-pass the secretary with the type writer.

The emergence of the smartphone has now put a computer and publishing machine in your pocket.

The holy grail of computer visionaries has been to make computers as easy to use as electricity. As computers and software have become more intuitive, is unleashing creativity that delights and engages.

Steve Jobs said this about technology

Engineers by designing and developing computers and software that are increasingly useable for the person in the street, is enabling the artist and creators within us to be realised.

Companies like Visual.ly are making the creation of Infographics easy, a fun example is this free tool on their website that takes your twitter  profile and turns it into an infographic in 30 seconds.

Give it a try and see what it produces! …here is what mine turned out like.