You need to have have followers, fans and subscribers that are interested in the industry or topic that you are writing and generating content for including online video, podcasts and PDF”s. 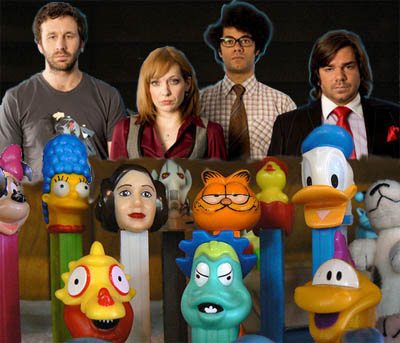 On Twitter one of the the unwritten rules that is still part of the culture is that if you follow someone they will follow you back. This is not a hard and fast rule but it is still embedded in the social media culture.

There are many people out there using Twitter for an infinite variety of reasons and sharing a wide collection of topics ranging from business, social media, to cooking, dancing and technology.

Having Twitter followers that share your interest and passion for the niche you are in is important in creating community and promoting your content  and driving traffic.

I have used Twitter directories in the past including Twellow.com that lists people in categories that you can follow but I have found it  to be rather slow and a bit flaky.

The most common way to find and add people with the same interests as you, is to find a popular tweeple within your area of interest, say “Mashable” or “Techcrunch” for technology news, and add people who follow these known users.

One tool that I have found to be effective recently is Tweepi.com which allows you to follow other people’s followers but within the rules that Twitter lays down in its terms and conditions.This tool attempts to help you filter these people with numbers in a table – based on their activity and sociability. It is currently a test tool but from my testing of it appears to be very stable.You just enter the name of a thought leader or popular person in your industry and it will list their followers that you can follow and start to build a Twitter follower base that will be congruent with your industry niche and suitable to your particular topic. 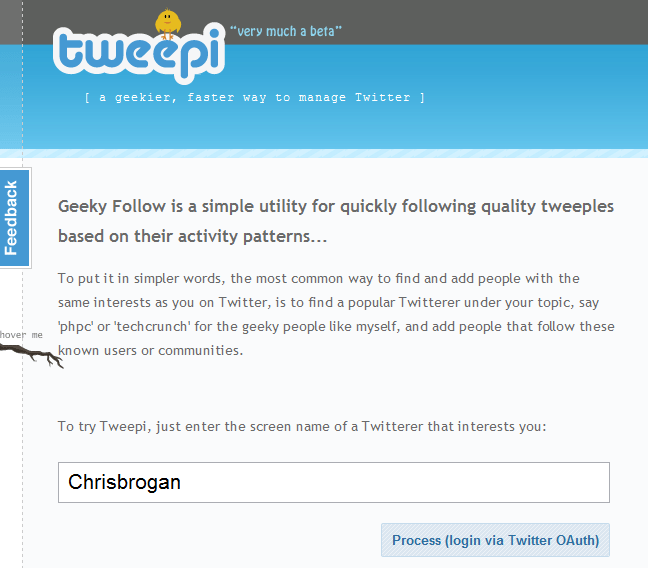 So try it out and follow some of the followers of the personalities and thought leaders in your industry and see what happens.