Twitter is often seen as one of Cinderella’s ugly sisters when it is compared to the multimedia beauty and the wealth of numbers that the 800 million plus engaged users that the Facebook social network offers. 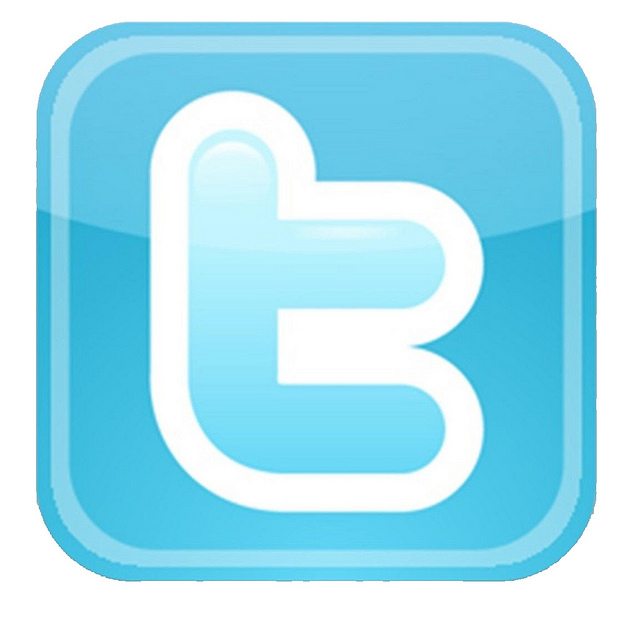 Facebook is the girlfriend you would be happy to take home to dinner with your parents but Twitter is often seen as a bit too quirky, strange and cheap to introduce to the family and folks.

Too short and dumpy for most.

If you take the time to get to understand Twitter with its quaint 140 character limit and its charming simplicity, it can be a very powerful tool to distribute information and ideas in real time to enhance your marketing and promotion efforts.

Twitter has some advantages that are sometimes not seen as a strength.

It doesn’t get much simpler that 140 characters and that is why texting (SMS) has not gone away but continued to grow.

Twitter followers tend to be loyal and follow other Twitter users because they are interested in information or news about who they are following. This is not leveraged by many marketers and “the secret“of how to use this capability should not be ignored. Over the last 3 years I have utilised this Twitter capability to spread ideas and information to a targeted global audience. Don’t underestimate this capability!

The retweet feature of Twitter allow the user to quickly pass on information by retweeting the news and information contained within its headline and link to their network.

Politicians and celebrities love Twitter and celebrities have found that one tweet can cause a storm of sharing. It can enhance (or destroy) their personal brand and get their ideas out instantly. 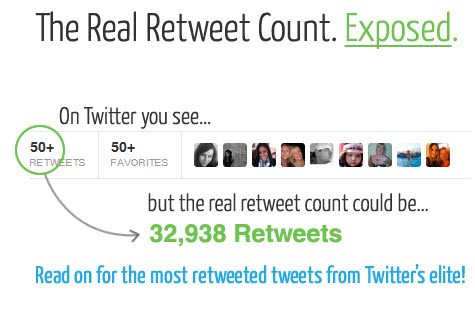 Making the retweet count visibly quantified will help marketers find what does and doesn’t resonate with their target market and audience. This will help adjust the writing of tweets and the topics to find what people really want to read.

A Cool Tool to Count Retweets

TwitSprout have quickly responded to this announcement and have provided a tool that allows you to check out your most popular retweets. 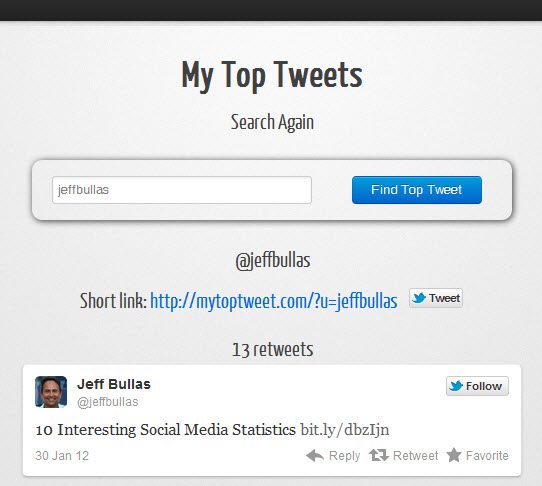 This will provide you with some real numbers on what tweets your users are finding worth sharing.

If it isn’t being shared then you need to look at some key elements such as the headline of the tweet, the number of followers and the level of engagement.

The 3 Top Retweets in the World

That Twitter announcement of this change has allowed Twitsprout to also find out what are the most powerful “Tweets” and here are the top three. 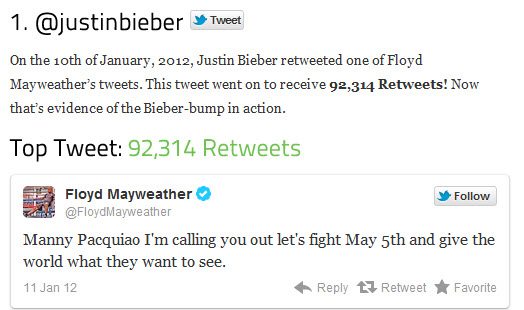 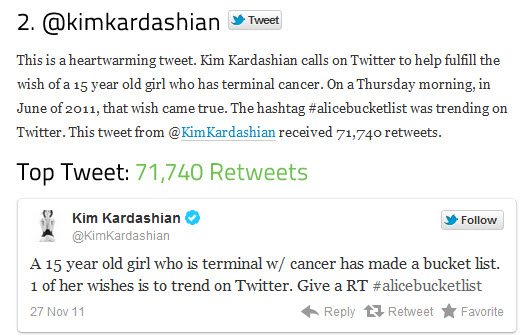 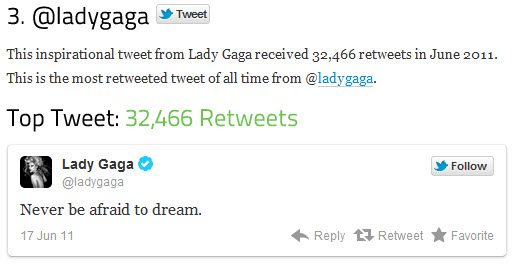 Now you may not have 10 million followers but growing your Twitter following will provide you with a focused and powerful network that will share your ideas, information and news.

Image by by Fred Seibert