Is This the World’s Best Company Blog? 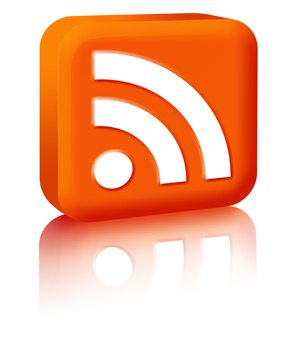 Airlines are your typical B2C (business to consumer) company and often have to deal with consumers at their worst when they are emotional, stressed and on a deadline. Their customers are typically either on the way to a corporate gig or heading off for for sun, sand and a frolic and you never want to get in the way of anyone wanting to have a good time.  Many reality TV shows have been produced that  are centered at an airport because drama makes great television.

So is a blog the right social media platform to base your social media marketing on if you are are a company that has to deal with consumers day in day out? Is a blog a touch too serious for engaging with public Joe?

What does their Award Winning Blog Provide?

Southwest use their blog as their home hub that aggregates and integrates its content from all their other social media assets such as YouTube, Twitter and Facebook. This allows them the freedom to provide features and functions that are not easily available or to be readily customized on any other platform.

So what does the blog platform provide for for the airline? 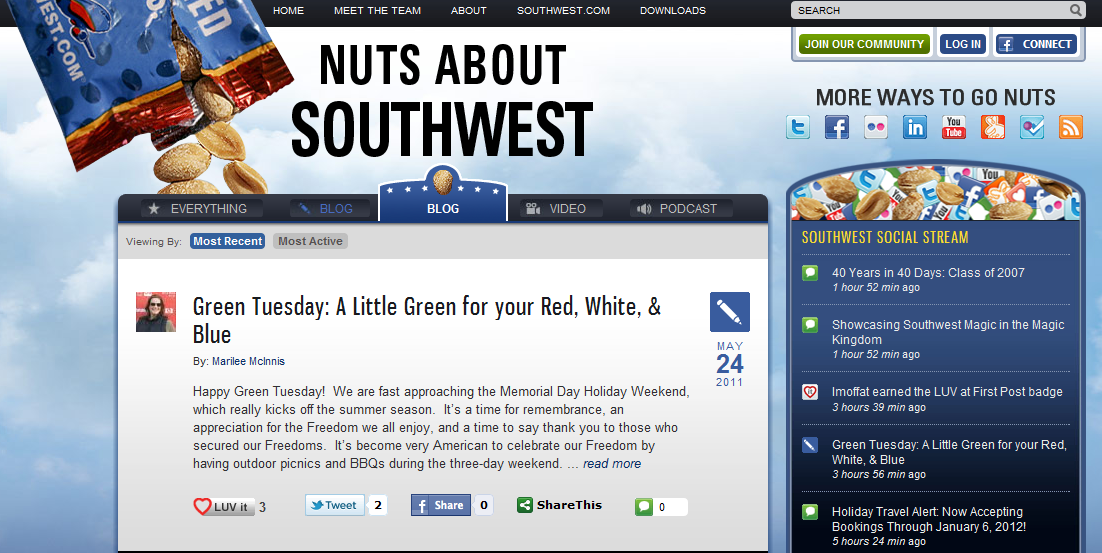 The Hub for Customer Feedback

The blog operates as a hub for discussions that can be posted on Facebook, Twitter or the blog. An example of how it operates as a forum was when they received feedback on their seating policy that was driven by a post from the CEO and received over 700 comments (this is what you call a live and open virtual focus group)

The ‘Go To’ Channel for Managing a Crisis

Companies in the  ‘Business to Consumer’ sector  (B2C) are more prone to PR Crises especially if they interacting with a large number of consumers such as an airline. Just about everyone knows about the United Airlines baggage handlers breaking guitars incident that was posted to YouTube video that created a PR disaster storm for United (Dave Carroll’s video has currently received 10 million hits on YouTube) .

Southwest Airlines have used the blog to manage PR crises before they arose by having platforms that they can publish immediately and  share widely before it blows up in their face.  Southwest learned managing a PR crisis required not letting the conversation go on for too long without participating and that the publishing of the negative comments on the blog earned trust.

Social Media Success By The Numbers

The blog is maintained by 30 plus employee bloggers from a large variety of departments both front line and behind the scenes to keep the content fresh and entertaining. The blog was revamped in 2008 and this saw visits increase by 25%, page views up by 40% and visitors staying 26% longer.

Late last year the blog and their social marketing efforts were recognized after winning blog of the year for several years in a row (2007, 2008 and 2009) and being inducted into “PR Week’s Hall of Fame”

Are they the best B2C blog in the world?