side hustle
strategies
Thinking of starting a side hustle? CLICK HERE
Home » Blog » How To Increase Your Facebook Page Fans By 1,000%

Facebook’s rise as “the” social network has taken it from the college campus to the company boardroom in less than 2 years. Major brands have embraced it and the power of the Facebook social network with its ability to share your updates instantly in real time globally with your fans without buying a large database of email addresses is unprecedented. 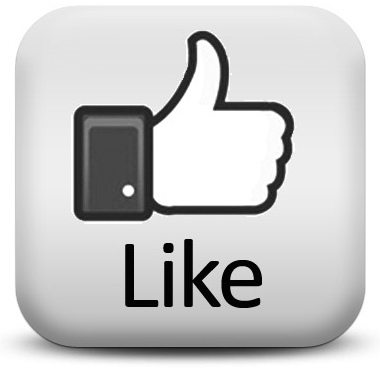 The reason is simple.

If you have a Facebook page and you have 1,000 people that have “liked” your page, when you update your organisations Facebook page with your latest blog article or news item, it then appears instantly in a variable percentage of those 1,000 Facebook people who have liked your page. So you have with one update provided the  opportunity to create many impressions, so spreading your content and news in real time!

Examples Of Incentives To Acquire Facebook “Likes” and Email Subscribers

Coffee-Mate decided to use the the email acquisition tactic rather than “like” and offered fans a free $1 off coupon for a Coffee-Mate purchase on the Facebook Page via app after an email address is requested. 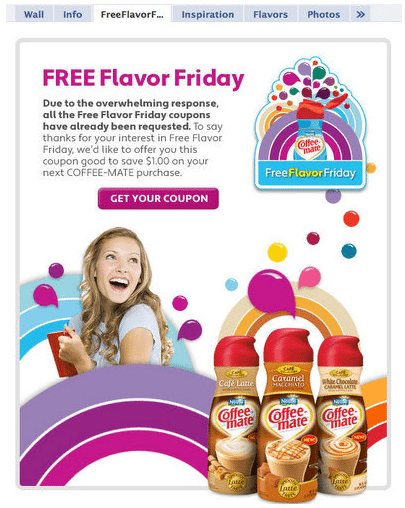 The Free Flavor Friday started out as a one-time offering of 100,000 free bottles of Coffee-mate, but due to the success of the campaign, the company added another 20,000 bottles. When the demand continued, the company decided to offer more coupons to its Facebook fans for $1 off a bottle of the coffee creamer. Getting a coupon is as simple as entering your email address, users do not have to Like the Page and coupons are printed directly off the Facebook Page.

The Page currently counts more than 254,200 Likes and at least 120,000 people have used the Facebook Page to receive a free bottle of product, so the simple campaigns seems to have been rather effective.

If you are a smaller company with a blog and don’t have the resources of a major brand then there is one simple thing you can do to increase your company’s Facebook pages fan numbers and that is installing the “Facebook Social Plugin” in your WordPress blog, which is only a 5 minute task. It makes it easy for people to “like” your company’s Facebook “Page” 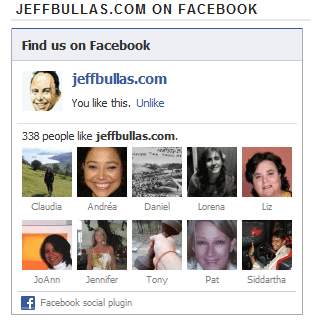 If you don’t want to do it  your website developer can do it for you quickly and inexpensively.

Give it a go and let me know how you went.