Google Wave was announced last year to much fanfare and expectation… it was the future of the social web!

The Google Wave platforms goal was to integrate in a seamless fashion email, online chat, social networking and provide access to web pages or documents similar to the “wiki” model. 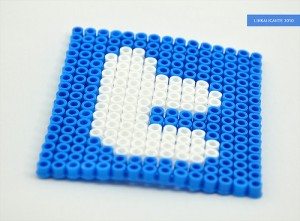 Google announced last week and yet less than one year later that it is pulling the plug on the Wave.

Why? In essence it was too complicated.

You only need to look at the platforms that have universal acceptance such as email and instant messaging or the simple yet still going gangbusters social media channel called Twitter. ..they are dead simple. It doesn’t get much easier than keeping your message to 140 characters and hitting the ‘Tweet’ button.

Keep it ‘simple and open’ and let the web community work out how they want to use it is what has helped make Twitter one of the most successful social media networks going around.

Sure over time a product will evolve and develop into a much more complex beast, in fact a few months ago Twitter announced at its Chirp Developer Conference that it had 100,000 registered apps…the web community is working it out!

So the “KISS Principle” (Keep It Simple Stupid) has a lot of merit.

Why does Twitter work for you? For me it’s simple.