Why Social And Traditional Media Marketers Should Stop Bitching

Social media is not the only marketing game in town despite a lot of social media mavens drinking the cool aid and touting it as leading advertising to the promotional promised land.

Traditional marketers think that social and new media is an over hyped fad that will eventually go away and is something to be quietly ignored like a noisy teenager. 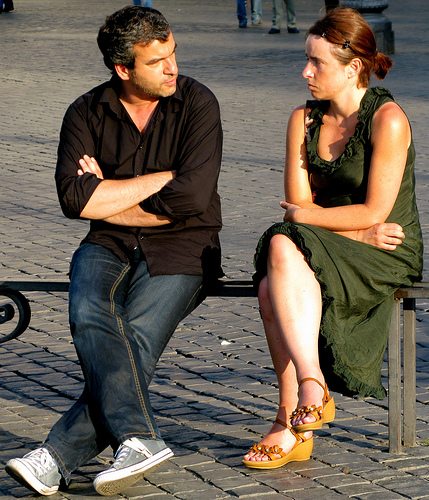 The fact is the truth lies in the middle and both have their strengths and weaknesses and need to be blended and integrated into a marketing mix that has trust, leverage and longevity.

The Challenge For Social Media

The challenge for social media is that it is difficult to scale quickly unless you are lucky enough to get a YouTube video to go viral or a Tweet to turn into a tornado, if that happens it is quite often for all the wrong reasons, such as the bad PR United Airlines received for breaking Dave Carroll’s guitar which currently has  nearly 10 million YouTube views.

Sure you can accelerate your social media marketing with paid banners on Facebook, hyper-linked to a landing page or run sponsored Tweets on Twitter but it cannot compare to an ad on the Oprah Winfrey show appearing in front of 48 million viewers in a 1 hour spot or a Super Bowl advertisement that goes to almost every house in the land on one afternoon in February.

Traditional advertising such as TV can produce large scale results quickly and for that advantage it can charge big dollars. The challenge though is once the ads are run on television they are gone and need to be paid for again for people to view them.

The Advantages Of Social Media Marketing

The Old Spice campaign “The Man Your Man Should Smell Like” would not have became a phenomenon it did if it was only on TV but ensuring that it was available on YouTube was a simple stroke of genius as it continues to spread its message long after the TV campaign was run with over 28 million views 11 months later for just one of the videos in the series. The “Evian Roller Babies” campaign is still on YouTube with 33 million views.

The Principles Of Good Marketing

are still required for marketing success and that is never going to disappear. It is just that media channels that deliver those messages and will continue to evolve and change as the web weaves itself further into our economy and lives.

How To Integrate Social And Traditional Marketing

Integration of the traditional media with the new social media requires a fresh and uninhibited way of thinking and the challenging of the old paradigms.

If you are running a seminar, record it and put it on YouTube. When you send out your email marketing newsletter link it to your blog, website or a landing page with a call to action and make it easy for it to be shared on Twitter and Facebook.

So its time for the lovers to stop fighting because they deserve to be together. It just working out the terms of the relationship and how they integrate their lives so both can bring something to the table and live in synergistic successful bliss.

How do you think that traditional marketing should be integrated with social and new media? What are your experiences?