Online creative marketing  has been taken to new levels in the last 2 years with social media platforms such as Facebook, Twitter and YouTube providing new and intriguing digital channels to promote and market companies products. 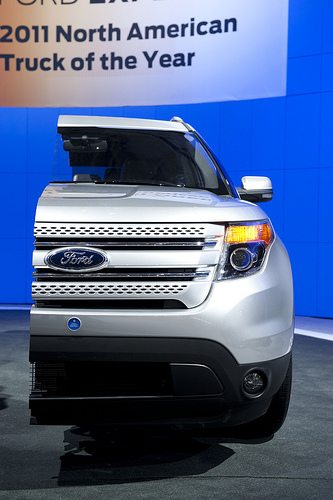 Facebook due its massive audience is being chosen more often as the social media platform of choice on which to base a marketing campaign.

Ford has been using social media creatively since 2009 with its breakthrough marketing campaign for the Ford Fiesta headed up by the passionate Global head of social media for Ford, Scott Monty and continues to lead the way in its innovative approach to digital and social media marketing. Their latest campaign has taken some risks with it being based almost exclusively on Facebook and replacing a traditional auto show product launch with a virtual digital car launch.

Ford decided not to release its new 2011 Ford Explorer at an auto show which has been done for the last 50 plus years but launched it on Facebook, which I believe is a world first. So instead of a real auto show Ford released its new model in a virtual online world. This focus on Facebook was all about spreading the brand by “World Of Mouth” instead of relying on traditional mass media marketing and traditional word of mouth. It took the lessons of its Ford Fiesta social media marketing campaign which I covered in an article “The 7 Secrets To Ford’s Social Media Marketing Success” and created a Facebook centric promotion that allowed a global audience to view the unveiling. The campaign combined the synergy of paid and earned media to produce a multiplier effect that could not have been provided by a traditional auto show launch. 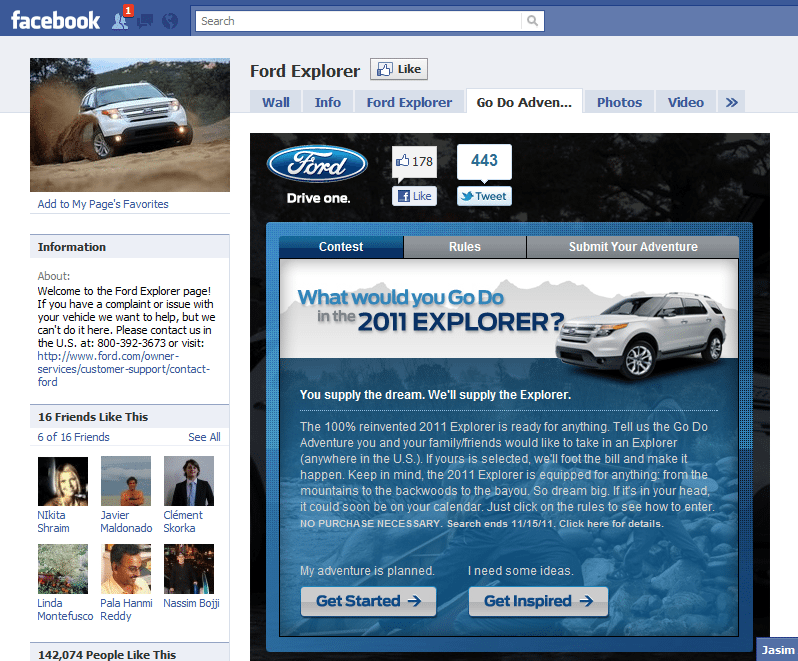 These are the soft results with the hard results for the Ford Explorer SUV yet to be realized in actual car sales (so watch this space). There is one thing for sure that a car company that spends twice as much as its  competitors on digital media, has led the way on use of social media since 2009 and has just announced  its best profit results in more than a decade ($6.6 billion profit for 2010), is doing something right.

So how could your company take a traditional marketing campaign and instead use Facebook as your marketing platform of choice?

Image by Jason Pier in DC