Media consumption whether that be books, magazines and video are all in a state of  rapid change as mobile devices such as the iPad push industries to the edge that have been in existence for over a hundred years (like the publishing industry).

The volume of the mantra “change or die” has never been so loud. 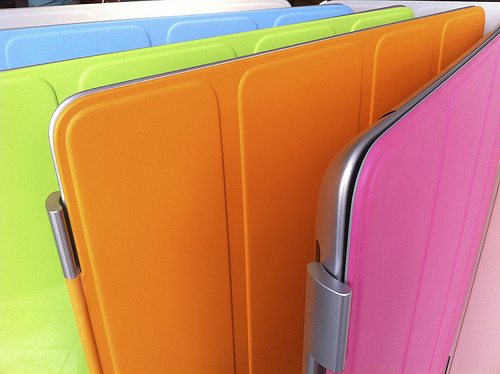 The “now” generation wants their news, entertainment, information and access to online stores instantly whether that is on the bus, bedroom or even on the beach.

I just bought a Kindle and one of the reasons is that when I hear about a book .. I want it now!

Global warming is threatening the long term existence of polluting courier planes, trains and automobiles, so a book delivered in seconds from the other side of the world to feed my educational and reading passion is rather an attractive ecological proposition.. now the challenge will be to find the time to read it!!

A recent survey by seven.co.uk announces some rather rather revealing stats on how the iPad.. which is the fastest selling technology hardware device in history with 15 million sold in 11 months, is impacting our  media consumption habits both online and offline. The iPad buyers are not exclusively early adopters as is often assumed, as 63% describe themselves as people who normally wait for a gadget to become established before they buy it.

So what are the iPad statistics that you should take notice of ?

Where do they use it?

Its versatility makes it a flexible and ubiquitous device with

The last statistic certainly show that men’s habits for reading in the small room have not changed just the device!

What do they use the Apple iPad for?

What is interesting to note is that 51% who have read magazines in print and in interactive format on the iPad say they prefer it on the iPad, vs 23% who prefer a magazine in print.

The Stats on Apps on the iPad

The apps market that started with the Apple iphone has not diminished but has continued to grow into the iPad market place. Content is the key driver in app purchases. The survey shows that this is more important to consumers than the price of the app when making a purchase decision.

The tablet market is here to stay all that you need to decide is how you are going to take advantage of it. Do I hear the keys tapping as you start on that new ebook?