Are You Making These 2 Cardinal Sins as a Blogger?

There are many very good writers and bloggers and they produce insightful articles and information that should be read. Their writing is clever and they are experts in their fields but many of these bloggers put obstacles in the way of digital discovery and on-line success. 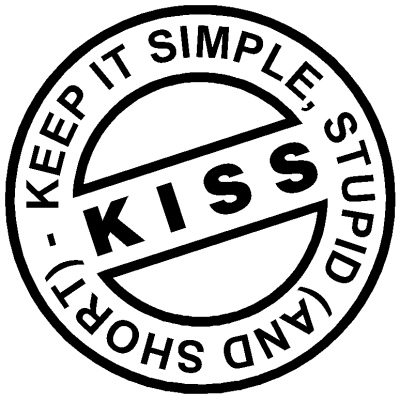 They could also be accused of stupidity. Now I don’t mean stupidity through lack of intelligence but ignorance.

In an age of social networks they stand accused of being stupid bloggers.

Am I Preaching to the Choir?

The stupid blogger commits two cardinal sins. They have not understood  that the web has become very social and if you want people to share your content with their tribe globally then you need to make it easy for them to share with their friends, fans and followers.

Now most technology and social media bloggers are free of these two sins because they understand the power of social networks and the leverage of sharing online. If you dig deeper into the blog universe you will notice that a lot of  blogs are not optimizing their blogs for the social web.

Now I may be accused of preaching to the choir because most of my readers will be in the technology, marketing or social media sectors and of course will not be committing these sins… or are they?

So if you are not a member of the choir read on!

What are the Two Sins of the Stupid Blogger?

The two sins of omission that they need to overcome are

Sin Number One: Not Including Social Network Share Buttons

The short answer “to increase traffic to your blog”. Social share button such as the Twitter retweet button reduce the effort required for visitors to your blog to share with their social media networks. Don’t make them have to copy, open up Twitter, paste it and add the normal Twitter @’s etc…. Make it easy and simple!

The more barriers and activities you place before they can share can reduce traffic significantly. I remember adding a Retweet button to my blog for the first time and it increased traffic by 55% (How to Increase Your Blog Traffic by 55% with One Button).

Even though Google+ has only been on the market for barely 4 weeks it has according to ComScore acquired  20 million users in 21 days and should not be ignored. The Google+ button also tells people that people like the link and it will improve the search engine optimisation of your blog.

How You Go from Stupid to Smart

Now, I was once a stupid blogger but I saw the light and realized that I was making it hard for my readers to share. Now I know it comes down to time and resources but give yourself and your blog a fighting chance and act on overcoming these sins of social networking sharing stupidity. I remember receiving a comment from a LinkedIn user who said he wanted to share the post with his 500 LinkedIn connections but I didn’t have a share button for LinkedIn. I managed to include it shortly after.

Also if possible place them near the top of the actual post article and not at the bottom… you will increase your sharing rate by making them prominent and visible.

Allowing people to to easily subscribe to your top social networking channels is vital for viral.

You should include as a matter of urgency, subscription buttons for at least the top 4 social networking channels, Facebook (more than 750 million), Twitter (over 200 million), LinkedIn (100 million+) and Google+(over 20 million)

I remember including the Facebook “Like” plugin to my blog for the first time and its initial impact was to increase my Facebook likes by 1,000%. This made it possible for visitors to my blog to Facebook “like”while reading my article without having to click out to my Facebook ‘page’. This is achieved by placing a Facebook social plugin near the top right section of the blog. (How to increase your Facebook Page Fans by 1,000%)

The Google+ “add to circles” widget makes it easy for people to include you in their circles while visiting your blog (it can be easily placed on the right column of your WordPress blog as a widget) so that next time you publish your latest post to Google+ it will appear in the Google+ stream.

So the social web has changed the marketing of blogs from mainly relying on email subscribers to distribute your blog content to the mandatory and important necessity of including social networks in your features and functions that leverage and amplify your marketing. Social networks make it easy for sharing to happen “many to many”

The secret to making your blog grow rather than let it continue to remain undiscovered is to make it easy and simple to ‘share‘ and ‘subscribe‘.

As the famous saying goes “keep it simple stupid”

Are you making it easy?