Facebook had only 100 million users when I joined just over 3 years ago. Today Facebook is approaching the 700 million user mark and continues to grow strongly, this is despite its 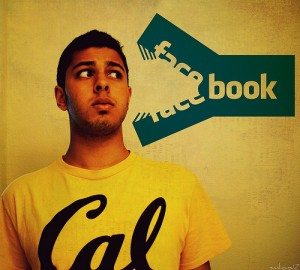 privacy issues that have dominated the popular press and it is not unlikely that the 1 Billion users will be the next major milestone.

Currently its revenues are on target to exceed over $1 billion.

Facebook has managed its way through the the Web ecosystem by adding features that have moved it from a walled private garden to a more open social media channel (despite a lot of screaming and gnashing of teeth by more privacy prone individuals) that has been enabled through adding features such as Facebook Connect that allows you to interact with external services like Twitter and allowing people to respond to Facebook messages from their email accounts. Facebook by continuing to open up its platform has so far seemed to have avoided the fate of a fading AOL that tried to maintain a proprietary and locked in approach to its service that stunted its growth and turned it into a fading star.

So what is the future for the this social media leviathan? Will it challenge Google?

Here are some predictions

1. Optimized Aggregator of All Content on All Platforms (including mobile) for Individuals and their Friends

Currently a lot of people use it to place a lot of their photos, notes and comments about their life. You will see more features added to Facebook that will allow videos and other multi-media rich content to be  shared on social media channels like Facebook. Content aggregation will be continually optimized and organized by the Facebook software engineers and social scientists as they add more features to the Facebook platform that will make it easy for users to add more and more content in all its forms. The commencement of its mobile content strategy can be found at its new mobile site 0.Facebook.com that will allow Facebook to expand its international reach.

2. Portals and Websites for Businesses

I have seen companies that have actually started using Facebook instead of their website as the first digital online Gateway for customers and online visitors. This has been facilitated by vanity and user URL’s that provide a more search engine and user friendly web address. This is dangerous because you don’t own the channel, you are only renting on Facebook’s terms but this will not deter some companies and I think that this may continue to grow and you may find Facebook encouraging this by adding more features and functionality that are business focused

It is because that using Facebook is so easy to use and feature rich that setting up your own blog is is too hard for a lot of people so Facebook provides a ready to go platform that gets them up and running in minutes. It doesn’t mean that is the best choice but ‘easy trumps hard’ for most people. Serious niche bloggers will continue to use their own domain and self host. (read more on this at the post titled “Is Facebook Killing the Blog“)

4. Monetization will Continue to Grow

Advertising is cheaper on Facebook than Google and has been shown to be more effective and efficient than the search engine giant.  Facebook’s advertising can very tightly target specific demographics through its very deep and broad database that users have voluntarily provided about themselves and their personal life, this type of targeting is something Google can only dream about.  Facebook will continue to explore multiple avenues of monetization that take advantage of a 500 million user database.

5. Continual Integration With Every Corner Of  The Web

So what do you think the future holds for Facebook, love to hear your comments?