Google has been dominated by geeks since its inception and social has never been part of the heritage. The mathematical algorithms that drive Google search have been created by the men in white lab coats with minds as sharp as razors and with more PhD’s than you can jump over.

Google has struggled with social media as social networking experiments and projects such as Google Wave and Google Buzz have launched and then crashed and burned. In the past Google has over complicated its social media ventures and has watched with social envy at the rise of Facebook as it grew and gathered personal data on 650 million users that Google has been itching to get its hands on.

On reviewing the use of the top 3 social buttons (Twitter, Facebook and Google’s+1) on the Mashable site only hours after the Google announcement, it is interesting to note that Twitter is still the most popular sharing button with 852 Tweets but Google’s new social sharing button count is already higher at 319 compared to Facebook’s like button at 260. What you need to keep in mind is that this button is shiny and new and users are trying it out for its novelty factor, so the real test will be whether that momentum is maintained over the long term.

On these websites you can provide your stamp of approval for the website or the article by clicking on the +1 button which will then appear in search results when you do a Google search and display who had clicked the button (if they agreed to have it publicly displayed in their Google account settings). Here I have displayed one of my articles in a Google search results page showing the +1 button in col0r after it has been +1’d (and also displaying who had done that ..me!)

What Will Google’s New Button Mean for You and Your Business?

So as people +1 your articles or posts it will increase the number of +1’s that are displayed in the Google search adding social proof to the search results. Google has said on it’s +1 Button FAQ

“Content recommended by friends and acquaintances is often more relevant than content from strangers. For example, a movie review from an expert is useful, but a movie review from a friend who shares your tastes can be even better. Because of this, +1′s from friends and contacts can be a useful signal to Google when determining the relevance of your page to a user’s query.”

Google also stated on it’s blog “+1s will be one of many signals we use to calculate organic search ranking“.

Do Not Ignore This Announcement

If you want to know where you can get the code to embed the button on your blog or website you can find it here at Google’s website. If you aren’t able to do it yourself get your web master or developer to embed it for you.

For more from Google you can read and view a video at Google’s +1 page.

So will you use Google’s +1 button on your site?

Note: It is only appearing in English search results currently and also only on the Google.com site. It will be rolled out globally over time. 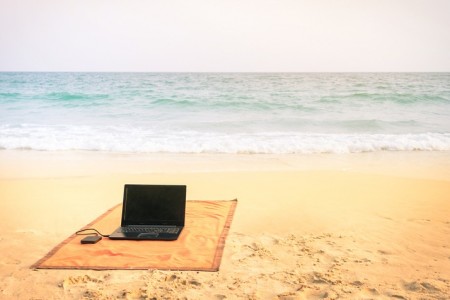