Twitter’s tipping point into the spectrum of social media consciousness was in 2007, when it started generating significant attention at the South by Southwest (SXSW) festival. 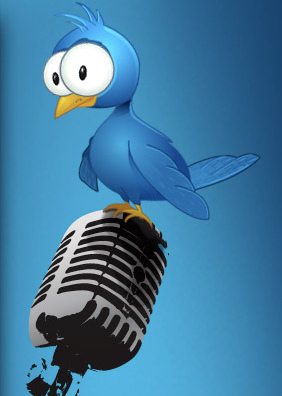 Since then the 140 character  micro blogging platform has continued to attract both users and investors.

In the 5 years since launching it has attracted significant investment funds with an estimated total capital raising of over $1.3 billion.

The 2 most significant  investments have been:

Twitter does not provide details on its users number very often, but in February 2011, Twitter announced it had 200 million registered accounts tweeting 155 million tweets a day.

In June, 2011,  Twitter and Apple announced that Twitter would be embedded in the new Apple mobile operating system and hence have access to Apple’s 200 million registered users.

This it seems has created a second tipping point as more users have been attracted to the platform and in October, Dick Costolo the CEO of Twitter, stated that after the launch of the new Apple mobile iOS5 operating system, Twitter registered sign ups had increased by 300% per day.

Currently Twitter is growing at over 1.123 million accounts per day.

This translates to  more than 13 new accounts per second! 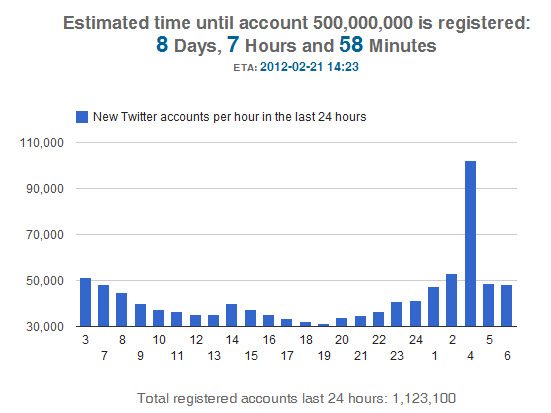 Now it must be kept in mind that registered doesn’t mean active and Twopcharts estimates that over 50% of all users (using a sample size of 100,000 users) have never sent a tweet!

It must be mentioned that this is an estimate only, but it appears to be well founded and researched.

If you want to view the latest active chart on when Twitter is expected to reach 500 million users then visit Twopchart’s live graph feed showing the countdown to half billion mark.

What will be interesting is to see what Twitter has to say about its numbers in 2012!