In the world of marketing there are two key activities you must pursue. 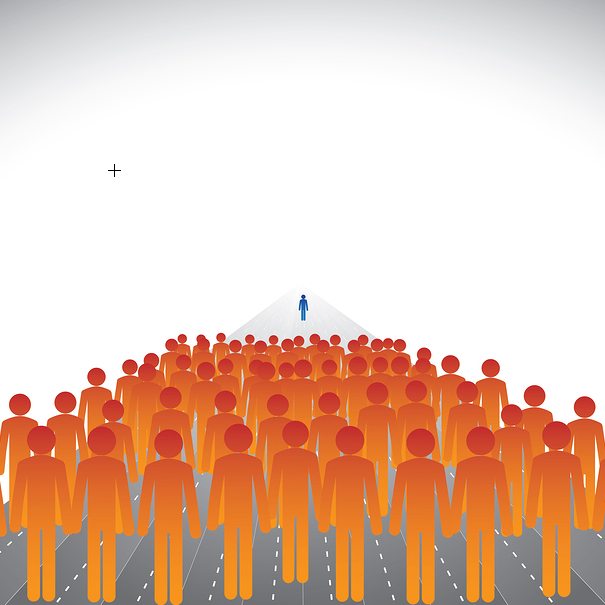 Create the best content possible and build the largest network and audience that your piggy bank allows.

In traditional media such as radio the content is the shock jock prattling or the soothing drive music. The audience are the listeners. On television it is the reality show that makes us cringe or cry and the audience are the viewers who press the remote to see success or crash and burn.

It is all about media content and the distribution network. The big bucks follow the big audiences.

Better and larger is the cry.

On the social web the principles are the same it is just that the type of media can be different.  Podcasts not shock jocks, blog posts not a newspaper article or YouTube instead of the X-Factor. On the network side it is Facebook, Twitter, LinkedIn and Google+.

The focus of the race for building social media networks in the past was the Facebook marketing frenzy to buy, bribe or build a large following on Facebook. The advent of the Facebook “Edge Rank” has started to make smart marketers look elsewhere to build a large and engaged audience to spread the risk.

There is a new focus emerging to building a network and it wears short pants. It’s name is Twitter.

Twitter’s attraction is that despite its short stature at only 140 characters high, it is an unfiltered stream of updates. No culling and no filtering of tweets.

So will Twitter’s stream have an Edge Rank applied like Facebook? It may, but the chances of that happening are low as Twitter’s core reason for existence is about real time news.

My guess and prediction is that Twitter will remain pure and wild as removing a breaking news tweet with an algorithm would take away its essence. Tweets that are published by the citizen journalist who has survived or witnessed a plane crash, a tragedy or a politician’s verbal faux pas are news gold.

These are too valuable to be removed by a faceless computer in a dark data center that is programmed to edit human expressions and updates according to a mathematical equation.

So the small bird is becoming a cool and a powerful means to distribute content and engage with customers and prospects. The challenge is making people follow you without resorting to buying or renting a crowd.

Here are some ideas that you may or may not have considered.

Tweet great content that is a mix of yours and others and people will want to hang out with your because they like and love what your saying or sharing.

Make it big and make it obvious and don’t bury it at the bottom of everything.

4. Design and print a business card with your Twitter handle

This will not get you followers fast but it won’t hurt. Print and analogue maybe dying but isn’t extinct.

5. Include your Twitter link in your newsletter email templates

Many organisations have templates for their newsletters. Make sure Twitter is there.

Don’t be too cool and not follow other people in your industry on Twitter. Find them, target and follow. I use a tool called Tweepi to do this. It works. Once you have followed them and they see you have good content and a digital presence then they will often follow back. It is called the law of reciprocation.

If you are advertising or producing content in magazines, television, radio and movies then place and embed your Twitter name for all to see. I know of an “Indie” movie producer who has done this and now has over a million Twitter followers.

Make it easy for people to leap over to your Twitter account when they are visiting you on Facebook. A good spot is in your “About” section.

Twitter is a stream and not an inbox. Tweets flow past and often never to be seen again Keep tweets flowing so you are not forgotten. Be obvious and you will acquire more Twitter followers.

How do you acquire more Twitter followers? Have you tried some unique strategies that have worked well?

Want to learn how to get more targeted Twitter followers?

I also reveal the in depth tactics I used to grow my Twitter followers to over 180,000.