side hustle
strategies
Thinking of starting a side hustle? CLICK HERE
Home » Blog » " 14 Twitter Facts and Figures.. Both Surprising and Expected "

Some interesting Twitter facts and figures have come out of  reports and research over the past few weeks and it reveals some expected results and also some surprises.

Summary: So what can we determine from theses figures is  that tThe typical profile of a Twitter user is

Note: Don’t take this too seriously

Some of the rest of the findings after analyzing 11.5 million Twitters accounts, Sysomos.com (you can read their full report here)  discovered that:

“We wanted to take an extensive snapshot of Twitter that goes far beyond anything done to document Twitter’s growth and demographics,” said Nick Koudas, Sysomos’ co-founder and chief executive. “While Twitter’s growth has been well documented, we wanted to put the spotlight on how people use Twitter, as well as identify many of the key trends in their backgrounds, demographics and activity. Our study, based on the most comprehensive dataset of Twitter users, provides a wealth of information for anyone interested in getting in-depth details about Twitter.”

On the other hand Hitwise’s Research Shows

UK Twitter users love CNN, tech blogs, and Facebook. They’re not very interested in retail, music, education, sports, travel, or business and finance websites. While it’s probably different for Twitter as a whole, we’d be surprised if retail websites fared that much better with U.S. users.

So Internet marketers, how can you use these findings to help your clients use Twitter more effectively? 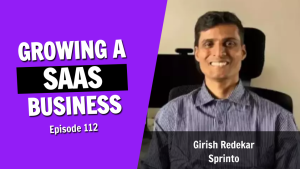