So you are wondering why you your tweets aren’t being retweeted?

You are not feeling very influential?

Well, the latest research from Hewlett Packard Labs shows that (after analyzing 2.5 million users and 22 million tweets over 300 hours) only one in every 318 URL’s is retweeted. 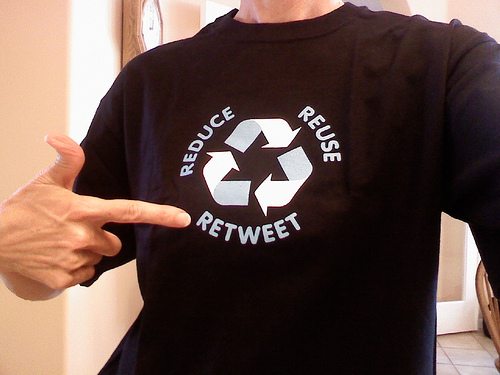 The trick is not just getting their attention but getting them off the couch and hitting the retweet button.

This influence is determined by many factors, such as

This scientific study by Hewlett Packard Labs has shown that just having a large quantity doesn’t make you influential. The most accurate measure according to the study was an algorithm they developed called the IP Algorithm (or Influence – Passivity Score) which they claim provides the most accurate measure of relative influence.

The study also assumed that the influence of a user can be both the quantity and quality of the audience that you influence.