How to Turn Your Instagram Profile into a QR Code

We live in world and a social web that is a whirlpool of innovation and creativity.

Every day via the blogs I read, the tweets that I glimpse and the emails that arrive in my inbox, I see an array of ideas that makes my head spin with amazement. 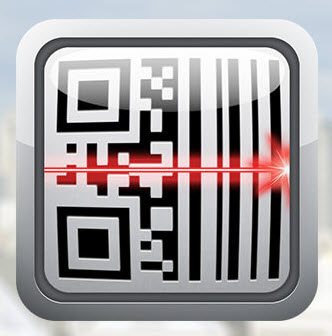 Who would have thought that an online pinboard would attract nearly 20 million people a month sharing photos. It sounds like an idea that could have originated after a few drinks down at the local bar!

Who would imagine that a social mobile app that can be shared from your phone to Facebook and Twitter, would attract 40 million users a month in less than 2 years, have a library of over 1 billion photos and then be bought by Facebook for $1 billion.

Who could have dreamed that a social media platform that allows you to upload your PowerPoint business presentations ( 9 million to date) and publishes them on the web for all to see would attract 29 million unique visitors a month and be snapped up by LinkedIn for $118 million.

This is a social media site called “Slideshare”

Sometimes the simplest focused ideas are the best and those ideas are increasingly in the mobile and social innovation ecosystems.

TIP: I use Kicksta to get real and genuine Instagram followers, and Hashtagsforlikes to find the most trending hashtags to boost your profile.

The Social and Mobile Media Addiction

We live in a world where we are can’t get enough of our mobiles and social networks where we publish media in all its formats that continues to define us and displays our lives to the planet of 7 billion people.

A startup called scan.me founded by Garret Gee, Kirk Ouimet and Ben Turley in 2011, was based on the concept of simplifying the creation of QR codes using a mobile iPhone and iPad app.

The idea was to use simple online and mobile tools to give users a better option for scanning QR codes, and to offer a polished option for businesses that wanted to create those codes.

In its first 12 months Scan.me had 10 million downloads!

How to Turn Your Instagram Profile into a QR Code

Scan.me has just decided, for a bit of technological fun to create a  “ScantoGram” website that turns your “Instagram Profile” into a QR code.

Here is the Jeff Bullas ScantoGram which I created. 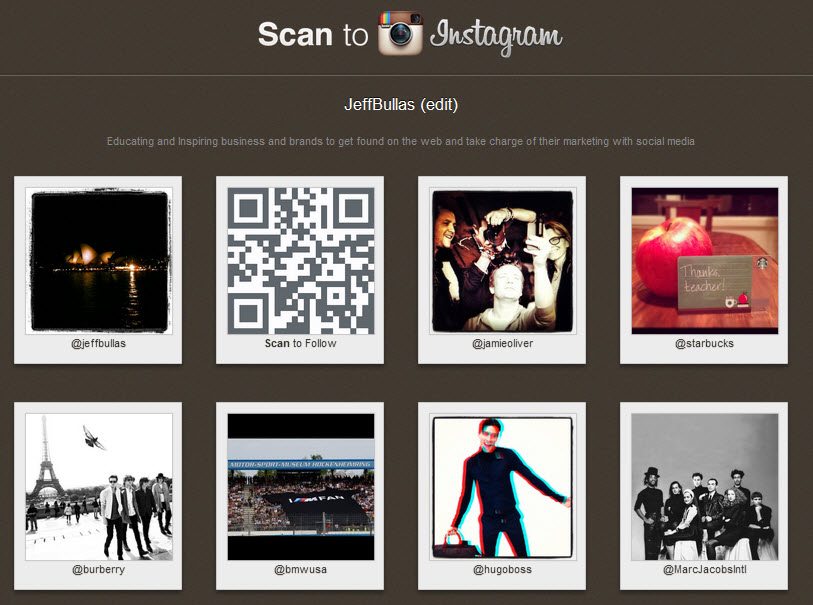 Scan to Gram has just been created and they recently did this at a company hackathon where they built out the super-super simple web app.

It allows a user to create a page with Instagram-ified QR Codes, which allow an auto-follow on Instagram.

This website is a bit of fun but it provides an insight into what potentially can be done.

They have much bigger plans to take the technology to a new level of social engagement.

This is where scan.me says it will get super-exciting. They are planning to marry QR Codes with social commerce.

They haven’t revealed anything more than that at this stage and their simple Scan to Gram example and it may get your ideas and creative juices flowing.

The Scan.me venture is being taken very seriously and is getting some attention from the big boys in Silicon Valley.

So take a mobile app, make it social add some media and keep it easy and you never know what may happen

I will bring you more of this as it happens

Are you adapting to this social mobile revolution.

How do you think social commerce will evolve. We are seeing glimpses of how it is panning out on Pinterest.

How will a social commerce QR code ecosystem pan out.

Look forward to hearing your thoughts.