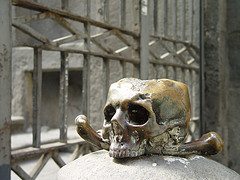 Today I experienced what is commonly known as the state of  “Social Media Outcast” … a “Leper of the Social Media World” …I was suspended from Twitter! ( due to suspicious activity.. apparently ).. I encountered the red box of terror on my Twitter page ( The account has been suspended box)…I couldn’t believe it ..how dare they.. I am a decent “Social Media Citizen” ..I have over 23,000 followers, I am in the top 50 in Australia on Twitter on a good day (according to Twitter Grader).

I had just written a blog post titled “20 ways You Should Blog Before You Twitter” the day before.. had  they been listening in? .. Did they have it in for me?

I did a Twitter search for “Twitter Suspension” .. nothing of significance showed up apart from a blog post titled “Lessons Learned From Temporary Twitter Account Suspension” from “Mari Smith of Facebook Fame” that revealed she had experienced a similiar 4 hour suspension ( also called a Twitter Out of Body Experience)  due to a “Twitter Glitch ” was there a purge going on? .. had I been caught in a similiar scenario?

So I leapt onto the Twitter support and fired off a an email to Twitter.. then sent  Twitter messages to my friends asking for them to spread the word about this injustice. I felt like I had lost control..had been betrayed like the proverbial Judas kiss that had betrayed Jesus.

My last point on my previous days blog post was “Point 20: On outpost sites such as Twitter and LinkedIn you can be “turned off” or “banned ” or terminated with no comeback for breaking their terms of service. On a self hosted blog, it’s on your terms.”  But within 24 hours “I” was suspended from Twitter! ( But hey my homebase … my blog was still there). So what was the end to the story? I was back on “Twitter Air” within 4 hours due to the gracious benevolence of the Twitter Illuminati.

I had proved my own hypothesis (That your Blog is your “Homebase”, and you have much more control over your own destinyat home)… Mind you Twitter is great, it allows me to communicate and search in real time, to engage and to distribute my blog posts links to your own blog or website as well as other people’s content…but you can be turned off at the whim of a robot!