Twitter was never designed to be a social network but it has become one. 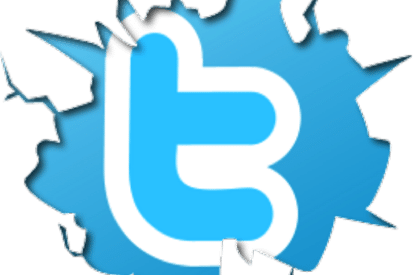 In fact it was designed initially in 2006 to used by individuals as an SMS type service to communicate with a small group at the podcasting company Odeo. When I first joined Twitter in 2008, I was underwhelmed and wondered as to its usefulness. Its early attraction to me was its novelty factor. It has overcome this challenge and four years later it has built an impressive resume.

In the nearly six years since its founding over 600 million users have registered Twitter accounts.

This is Twitter’s biggest and best advantage.

Social media allowed the word “viral” to be associated with marketing rather than the great plagues of the last few centuries. It has enabled the localised and physical word of mouth to now become “world of mouth”.

Social media with its exponential multiplier effect is the amplifying agent that marketers used to dream about. Many business owners still do not understand the global multiplying effect to word of mouth that it brings.

Despite not being impressed initially with its rather simple interface and perceived lack of usefulness I stuck with tweeting an occasional tweet here and there. After playing with it for a few months I discovered it was driving traffic to my blog in numbers that surprised me. It now had my undivided and focused attention!

I realised that if I wanted more traffic to the blog then building a large Twitter tribe of followers could be a great benefit to providing more visibility to my blog.

Stephen King, the fiction writer who has written 47 novels and according to Forbes earned $39 million last year, when asked, how he was so prolific and successful, had this to say.

“How do you write?” I invariably answer, “One word at a time,” and the answer is invariably dismissed. But that is all it is. It sounds too simple to be true, but consider the Great Wall of China, if you will: one stone at a time, man. That’s all. One stone at a time. But I’ve read you can see that motherfucker from space without a telescope.” ― Stephen King

Success on Twitter will take time. It will require patience and persistence. There are many online services promising overnight success. True success takes longer and it takes discipline and commitment.

Don’t believe it when people tell you that its just the quality and not the size of your following on Twitter that matters.That is bollocks! Both are important

Building a Twitter following applies the law of reciprocation. If you follow someone then there is this underlying obligation to follow you back. The more credible your account looks with credibility displayed by links to a blog and a sizeable Twitter following will make you more attractive to be followed back.

This is where it starts to scale when you not only have a big following but a tribe that wants to hear what you have to say and links that take them to valuable content that they want to read and view, whether it is yours or another trusted source.

Your tweets need to be relevant to your followers. If you want to build a targeted following then I have found that Tweepi is a great tool to assist you with that (and it is free).

Applying the law of reciprocation, follow people’s (preferably top bloggers with large followings) followers in the market  segment that you’re focused on. In the main these followers are already following that person because they are interested in that topic area. It is a list that is already qualified for you. 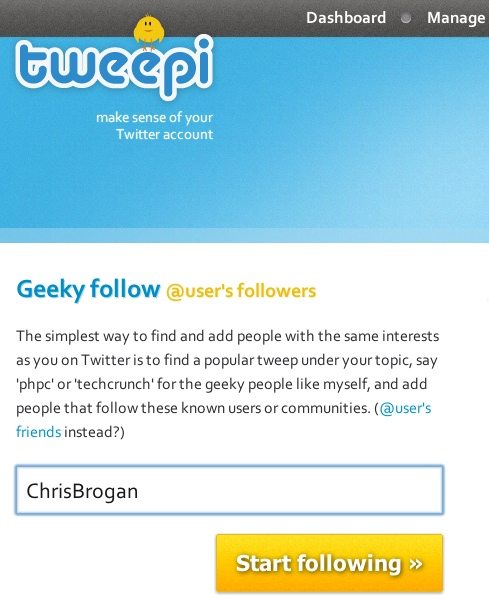 There are other tools that you can use to build a Twitter following and another on I use  is Twellow, that is like the yellow pages of Twitter.

The challenge for many is coming up with the ideas for tweets and the content that they lead to.

Stephen King reveals the secret  to finding the inspiration and ideas for your content- “you want to be a writer, you must do two things above all others: read a lot and write a lot”

Some people fall into the trap of just tweeting news and topical content.

If you want to build and enduring presence on Twitter and on social media including blogs then link to content that is useful and helpful not just this week but also next week and in one years time.

Link to content such as “how to” videos or articles that adds value well into the future and isn’t dated within 24 hours because it is now “old news”. Aim to educate, entertain and inspire and not just inform.

If you want people to share you then you need to make your content compelling and contagious. That could be through assisting people in solving problems.

It must do one of 4 things, inform, educate, inspire or entertain.  This takes work but it can be done.

Create content that is so good it begs to be shared. Coca Cola have realised the power of this and have changed their marketing strategy from “creative excellence” to “content excellence”. Their strategy is labelled as “liquid and linked”.

On Twitter people expect to be taken to content that is multi-media rich. It needs to include media such as videos, Slideshare presentations, podcats, images and photos. 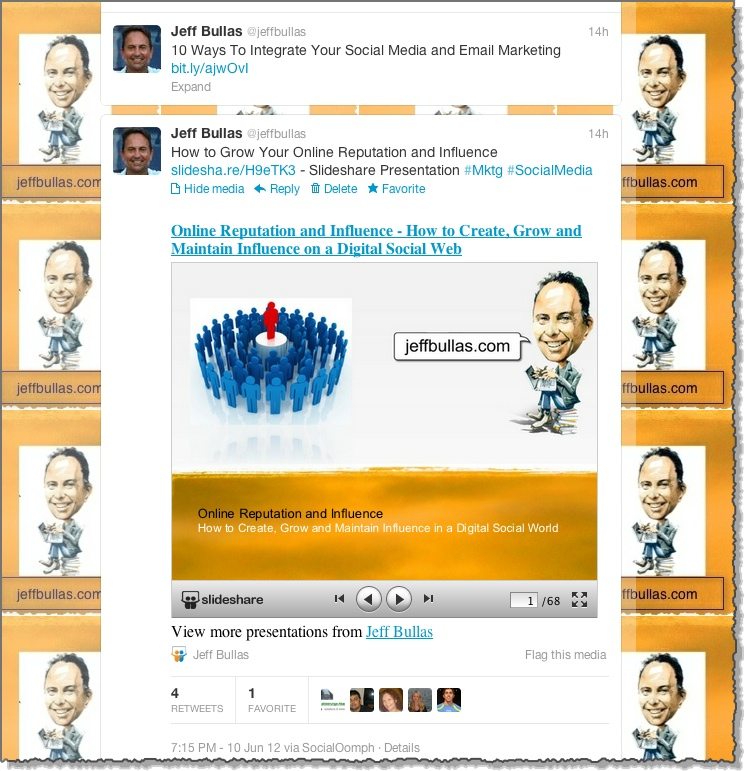 There is a significant trend happening on the social web and it is the increasingly important communication technique of getting your message across via visual formats and media. It is showing its power with the rise and growth of platforms and social networks such as Pinterest and Instagram.

It is also evident with the obvious popularity of Infographics. It can be seen in the evolution of Facebook and the emergence of Google+. The images are bigger and beautiful than ever before. Share them on Twitter and watch your engagement and your content sharing grow.

Many social media purists don’t agree with this but it works and saves a lot of time. I have been labelled a Twitter maverick by some but my principle on this is to “automate the content distribution but not the conversation“. This balances efficiency with engagement. I automate the tweeting of my content about 90% of the time. It provides visibility online and it keeps my content in the Twitter stream. I tweet on average one tweet every 15 minutes.

The two tools that save me 60-70 hours a week and let me sleep are Twitterfeed.com and Social Oomph Professional (a paid service that costs me about $25 a month)

This saves me about 80 hours a week at least. 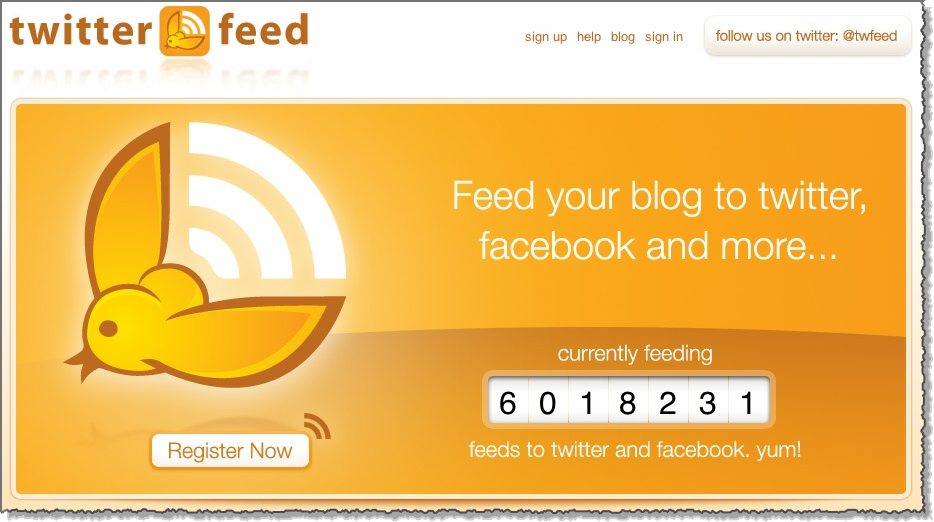 It achieves two objectives. It enables me to continue to share content that adds value and secondly sharing content from other bloggers sometimes ends up in them sharing your content. Send it with their Twitter handle so they know you have tweeted their link. That is what I call a win-win!

In a world where everyone is time poor you have only seconds to make them click. Your headline is the start of the seduction. It applies to all of your content but on Twitter it is vital. 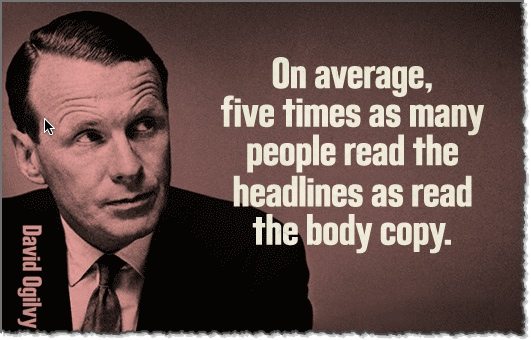 We all have our preferred social networks. Some are Facebook fanatics, others are LinkedIn legends and some are Twitter twerps. Don’t miss a chance to get your content and brand where your customers hang out. Tweet links to content on a variety od social networks.

Edelman publishes a trust  barometer every year to measure what creates trust online. They have discovered that if someone only sees your brand once your trust factor is only 4%. If they see you mentioned 3-5 times it rises above 50%.

The lesson here is “be seen everywhere” Tweet links to content that is published to the major social networks in a variety of formats.

10. Tweets should have a home

Your Twitter account should link to a home that you own. You should also be tweeting links to take people to that hub (it could be a blog or a website). Don’t build your home portal to the web on someome else’s platform. Build your own foundation and hub. This should be a blog with your domain name and that is self hosted.

Don’t sign away your rights to your content to someone else. Sure, post your articles to your Facebook page or a Tumblr account but don’t hand over the keys to a landlord, you never know when he might want to sell or demolish your home. Invest in your own online asset. 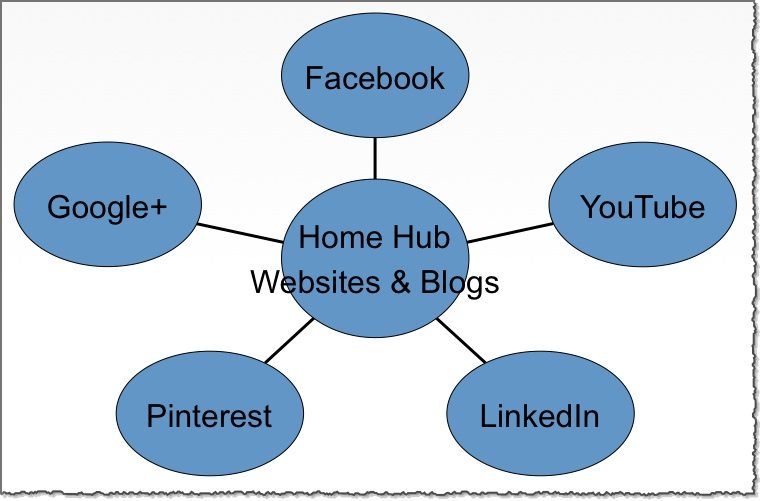 This will provide the focus and the why for building an online brand in your category of choice.

On Twitter I tweet about subjects that are the intersection of my passions and interests that combined provide nuclear fuel to drive my social media endeavours. You need to plug your tweets into that power source. It provides the rocket fuel to rise early, it provides the energy to stay up late,it provides the ideas and the inspiration for the writing and the content. Many of us have many things we love but you will need to choose the topic area for your Twitter account and blog and stick to it.

Stephen King writes one word at a time but he produces 2,000 words a day 7 days a week. This is what we call relentless. What enables him to do this is his passion for his craft. This is the fuel. You need to be relentless in the production of content to tweet and the use of Twitter to market and distribute that content.

In human history there has been no better opportunity to publish and promote your content. Are you tweeeting enough content? You have a tweeting and publishing machine in your pocket it is called a smart phone. It can be used to tweet on the go.

Look forward to hearing your success stories in the comments.