side hustle
strategies
Thinking of starting a side hustle? CLICK HERE
Home » Blog » 2 Key Ways to Advertise on Twitter Without Spending a Fortune

Twitter has been seen for a long time as a neat, cute and simple tool to send your messages, break news and distribute content in real time to a global audience. 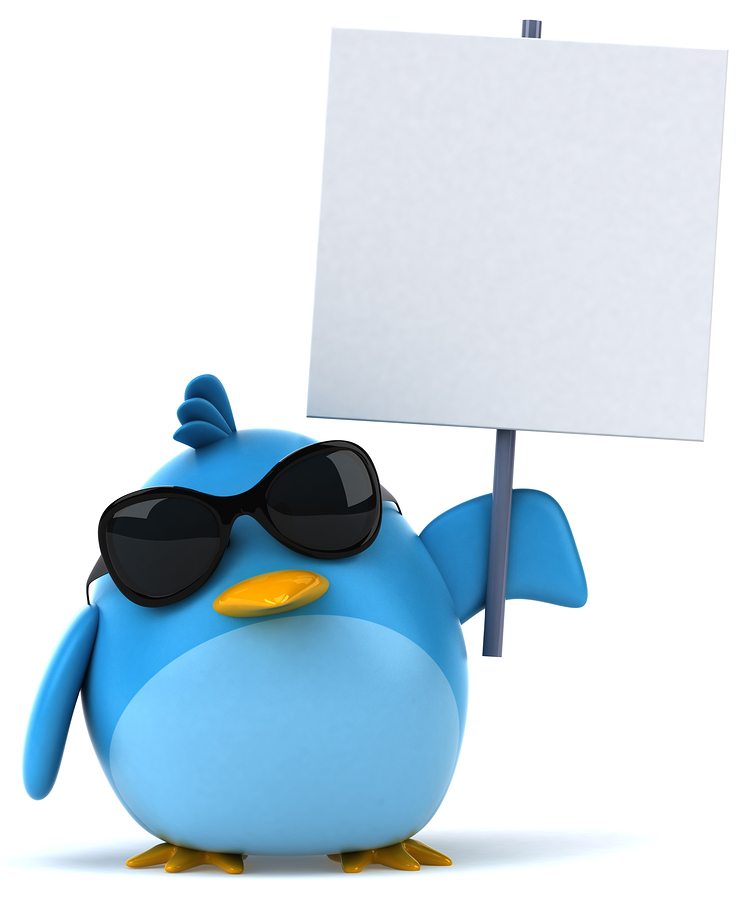 It can be viewed as the web equivalent of the mobile SMS and as “texting on steroids”.

For many years the perception has been that is is not a serious way to market and advertise. People have questioned its monetization model and wondered whether it would ever make money.

Twitter has refused to be bought and instead it has continued to attract private venture capital estimated to be well over $1 billion, including a $800 million investment by Digital Sky Technologies in August 2010 which was reported as the largest venture round in history.

In the main Twitter has been for most its life as an organic social media marketing platform that has also been used by bloggers and brands to communicate and engage with followers.

Twitter as a marketing and advertising platform is maturing and its advertising evolution commenced with an announcement in April, 2010 of its plans to offer paid advertising for companies through “promoted tweets”. These tweets would appear in selective search results on  Twitter. The pricing model for this only suited major brands and attracted companies such as Sony, Red Bull and Starbucks.

In June, 2011, Twitter announced  it would offer small businesses a self-serve advertising system. This put it on par with Google Adwords and Facebook as an easily accessible platform to advertise with. 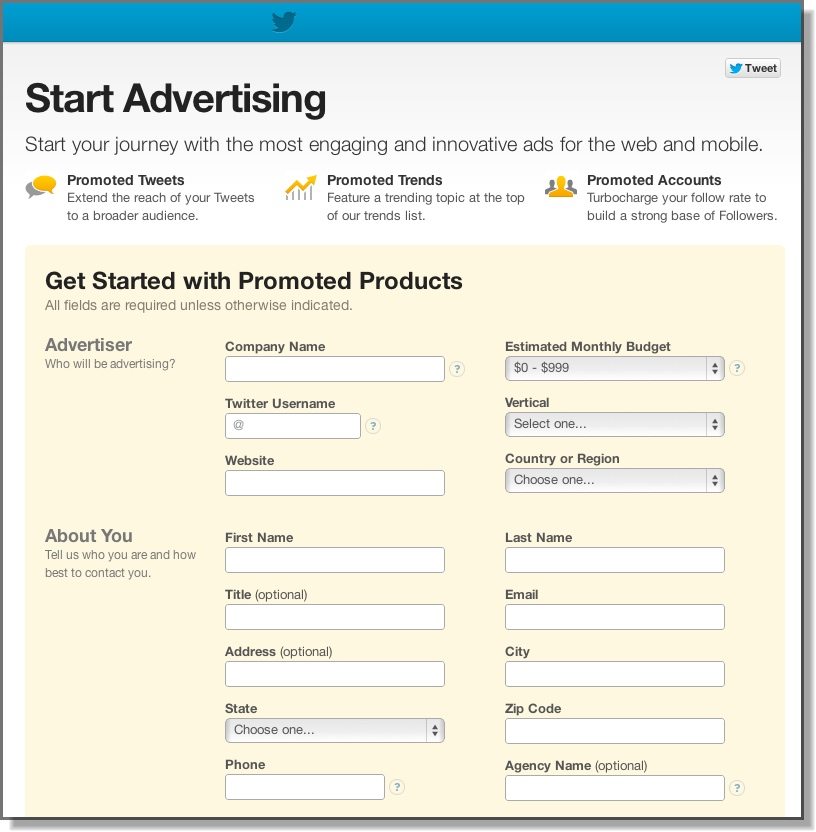 For the average business there are essentially two major types of ways to buy advertising on Twitter. “Promoted Accounts” and “Promoted Tweets”

Following someone onTwitter is a sign of online affinity so the Promoted accounts is about promoting your Twitter’s brand account and teasing and tempting people to follow you through a paid campaign.

This is done in two ways: 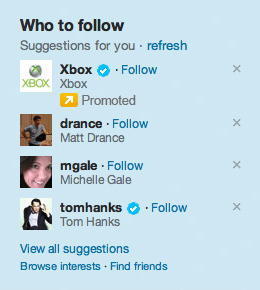 Campaigns can be geo-targeted at the country level and at the DMA (Designated Market Area) level, which is typically a specific geographic location such as a city.

Promoted tweets have been available since 2010. In March, 2012 Twitter announced that this service would also be brought to mobile devices as well.

These promoted tweets can be targeted to

They can also be location delivered with geographic targeting. They are more overt and include special offers and discounts.

Promoted Tweets are priced on a Cost-per-Engagement (CPE) basis, so you only pay when someone retweets, replies to, clicks or favorites your Promoted Tweet. In addition, impressions on Retweets are free and can extend the reach and cost-effectiveness of your campaign many times over.

Savvy marketers know that targeted marketing and advertising that is relevant to what the viewer’s interests are, can be the most effective.

Twitter has now announced a further improvement to promoted tweets with “Interest Targeting” and also lowered the minimum bid to one cent for all auctions. 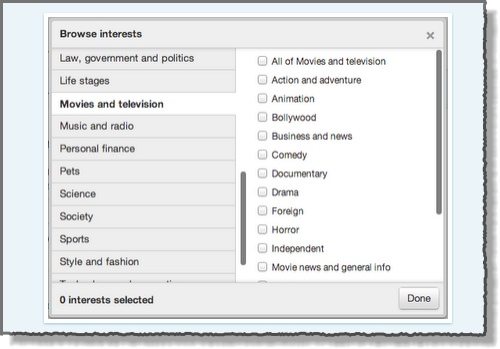 The two layer interest hierarchy is composed of more than 350 categories. It doesn’t let you target the followers of that @usernames.This is something though that can be done  manually with tools such as Tweepi.

Bonobos is an up market online menswear retailer. It is the largest U.S. fashion brand that commenced trading only on the web. The founder Brian Spaly started the business after becoming frustrated trying to find pants that fitted him well.

It prides itself on premium service and receives 25% of its customer service inquiries on social media networks.

It held a sale exclusively on Twitter titled “Twixlusive” which targeted existing customers as well as relevant targeted non-followers.

Firstly it seeded the sale with a “Tweet” a few days before but then decided to postpone it due to a technical glitch but they then received many tweets who still wanted the deal.

Bonobos used Promoted Tweets in timelines to announce an exclusive Twitter deal for $49 chinos, which were normally priced at $88 for 24 hours only. The private deal was only available through Twitter and not advertised anywhere else on Bonobos’ website. Bonobos encouraged customers to spread the word and unlock the deal by retweeting the “Twixlusive.” After a total of 49 Retweets, the sale would then go live.

With 80+ retweets the 24 hour limited time sale was up and running.

What they also found was that it was flexible and allowed for easy advertising schedule adjustments with very little effort.

Have you used Twitter advertising in the past? Has it been effective?

Would you use this new feature for Twitter “Promoted “Tweets”?

Want to Learn How to to Grow a Tribe of Fanatical and Targeted Twitter Followers?