Google Buzz was launched earlier this year in February with high expectations and was even being touted as a serious potential competitor to Twitter. Its button appeared on Mashable which is the worlds largest social media blog. Its leverage was expected to be massive  driven by the huge installed base of  Gmail users with an interface similar to Twitter. 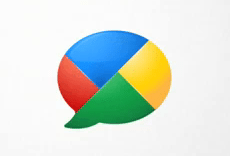 Over a month later the number of  searches had dropped to one per day whereas Twitter Google searches had remained steady at an average of 87 per day. 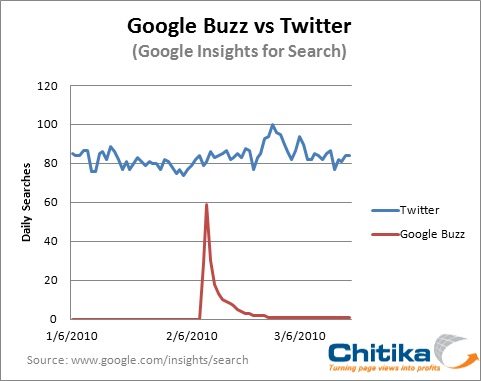 So where are we now 8 months later?

Mashable has removed the Buzz button and replaced it with a Digg button (see how long that lasts) and the Facebook share and the Twitter retweet button haven’t moved.

I also took the term “Google Buzz” and  Twitter and using the Google Insights tool I found that the decline is almost complete with Twitter showing an increased average over the past thirty days of ninety average searches  per day but Google Buzz almost without a pulse at zero. (see below) 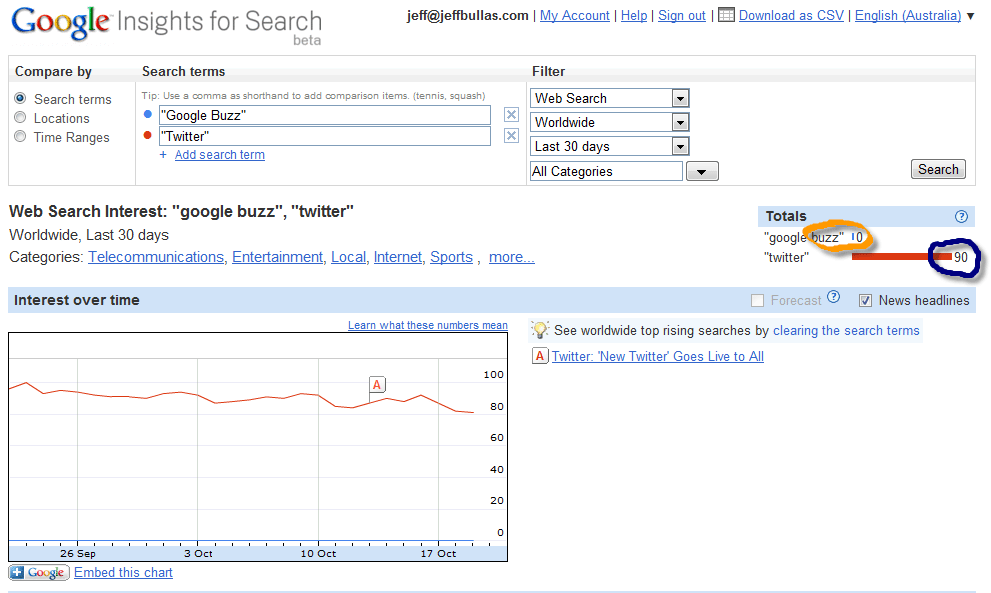 So Twitter has continued to grow adding over 60 million users in the last seven months from a user base of  only 3 million two years ago.

Twitters success is based on its simplicity. Google’s social media ventures seem to over complicate things and despite its deep pockets it is still struggling  to get traction in social networking and is certainly starting to look over its shoulder at Facebook.

So is Google Buzz about to become extinct just like Google Wave?