20 Twitter Facts and Statistics You Need to Know in 2014

What first attracted me to Twitter and social media six years ago was that you could achieve world wide marketing for free. It’s called organic reach. This enabled bloggers to build global brands.

In 2014 we are seeing the rapid emergence of “pay to play” to reach your followers. So a question needs to be asked.

Is the social media “free lunch” over?

That also leads to another question. Is social going the way of mass media where the only way to gain attention is to pull out the cheque book?

The answer is much more complex than that. It is dependent on many factors including your choice of social networks, tactics and tools.

Is Twitter’s organic reach going to disappear too?

Facebook is pushing the comfort boundaries of organic reach.

That was shown by reader’s reactions to a post I wrote on”Why You Should Forget Facebook” which saw nearly over 270,000 views and nearly 1,000 comments when posted on LinkedIn.

For Twitter  though the filtering is not an option as it is a news breaking social network. Applying filtering algorithms to it’s stream will take away its meaning for existence and continuing evolution.

You only have to look at its latest hiring trends that are mass media and television centric to realise that Twitter is pushing towards the integration of television, social and mass media.

That focused strategy by Twitter management to make mass media and social work together is maybe one of the reasons that its latest quarter two results that exceeded every analysts expectations. The World Cup marketing coup by Twitter was evidence of that successful and ongoing evolution.

I don’t expect Twitter’s organic reach to disappear as it has too much to lose if it takes the Facebook path. It’s not in its DNA.

Below are some surprising facts and statistics that show Twitter is on the path to successfully reinventing itself.

1. There was a 24% increase in monthly active users (MAU) over the last 4 quarters with the total now at 271 million.

2. Twitter has added 53 million users in the last 12 months

7. Twitter is growing the fastest in Asia Pacific with expectations it will increase its user base by more than 33% in 2014 according to eMarketer 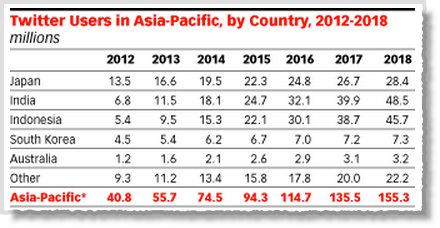 9. Twitter penetration rates in the USA stand at 27.9% of all social networks users, 19.2% of internet users and 15.2% of the total population

10. In the USA the number of Adult Twitter users is estimated at 34.7 million

13. During the World Cup there were 672 million tweets

14. Germany’s defeat of Argentina in the final generated 618,000 tweets per second

15. There were 32.1 million Tweets during the World Cup final 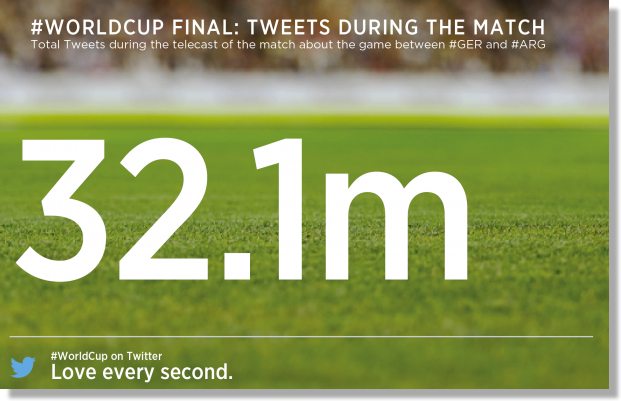 16.  The previous record for an event was the Superbowl, and that received 24.9 million tweets

18. Advertising revenue per thousand timeline views reached $1.60 in the second quarter of 2014 which is an increase of 100% over the last year

19. Katy Perry has the most Twitter followers currently at over 55 million followed by Justin Bieber (53 million) and Barack Obama (44 million)

20. Tweets with images receive 18% more clicks than those without

What facts and figures surprised you? Did you think Twitter was declining or growing? Do you think you should be using Twitter more for your marketing and brand awareness?