Facebook marketing is the topic that is igniting the topical nerve of social media and digital marketers worldwide.

So here in one spot are the the top 10 most popular Facebook posts on my blog. 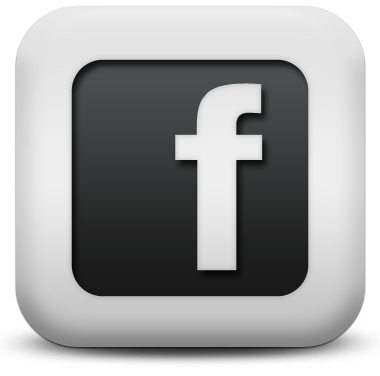 Facebook’s mindshare of popular culture and it’s goal of world domination is now becoming apparent …don’t laugh, I am sure that a Facebook TV channel is not far away, a movie about Facebook is about to be released and I am sure that branded pens and cups are also around the corner!! Farmville is the maybe the most loved and hated game on Facebook but that is another story. Most of you who read this will be on Facebook and may want to bore your friends and colleagues at your next dinner party or water cooler meeting with some trivia.. here is your chance. Read more

Facebook’s strengthening grip and integration with popular culture is very evident as you go through this list of the world’s top 20 most popular Facebook pages and realize between them they have over 315 million fans. That culture reflects our movie, TV shows and music tastes including Michael Jackson, Eminem, Lady Gaga, the Twilight Saga, The Family Guy and even Justin Bieber. Read more

The marketing goals for the Facebook pages vary but quite often the simple goal of just increasing their fan count to their Facebook page seems to be top of the list as brands have worked out very quickly that being able to communicate to 1,000′s or even millions of fans via a simple status update is very efficient highly leveraged marketing. Companies have also realized that people’s main reason for becoming a fan for the most part is not so charitable, but is about having access to the latest special offers and freebies. Read more

4. Will These Competitors Slow Facebook’s Growth?

Facebook is battling with an awareness that it takes it’s users for granted as it makes changes that both infuriate and frustrate its subscriber base. There are user groups springing up such as QuitFacebookDay (23,000 members) asking members to close their account on May 3 FacebookProtest (3,000 supporters) that is requesting a one day boycott on June 6 Facebook Group with 2.2 million members protesting recent changes to privacy and layout These movements are an indication of the level of discontent especially on its privacy controls. There are also people inceasingly having their accounts hacked and hijacked with spam messages and links being sent to users friends (that happened to me only this week). Will this stop Facebook’s inexorable march to global social media domination? Here are some competitors continuing and starting to nip at the heels of the 800 pound gorilla. Read more

Facebook has become the social media channel everyone loves and loves to hate. It is a powerful platform to share your content as well as being a soapbox to post your feelings and thoughts whether they are appropriate or not. Social media seems to have hit such a nerve with people sharing anything and everything online with such gay abandon. It continues to provide great online fodder that keeps us amused and entertained in an almost voyeuristic fashion. Read more

The popularity of Facebook is reverberating through the entire web ecosystem and changing interaction and the way we communicate online.

There are many consumer brands and musical superstars that measure their fan numbers on Facebook in the tens of millions. This rapid increase has only happened in the last 2 years and for some Facebook pages that phenomenal growth can be measured in months. Here are some headline numbers.

While Facebook is becoming the biggest relationship marketing tool for brands, it seems like that instead of increasing traffic to the company website, Facebook is actually absorbing it. Marketers across the globe are wondering whether their brand websites will disappear and if there will still be a need for an official website in five years. Will the users still visit the company websites or will they only use Facebook and apps to check the news and offers? Read more

Facebook pages work best if you are a major retail B2C brand or company. In this list I have not included musicians, entertainers, actors & actressess or movies which we covered in the last post the “The World’s 20 Most Popular Facebook Pages“. Like Twitter the top ranked on Facebook are celebrities who attract passionate fans to their sites. Here we look at the Top 10 Global companies or brands that are not a rock star, movie star or a musician. Starbucks has pursued a focused social media and digital marketing strategy including making broadband wireless free in its stores and also adding value by providing digital content free.. Read more

Facebook’s rise as “the” social network has taken it from the college campus to the company boardroom in less than 2 years. Major brands have embraced it and the power of the Facebook social network with its ability to share your updates instantly in real time globally with your fans without buying a large database of email addresses is unprecedented.. Read more

It was last year that I met a Facebook marketing specialist, Mike Watkins at a marketing event. I was impressed by his story about how he had taken the SUPRE’s fashion brand’s Facebook page from zero to 40,000 fans shortly after Facebook released the “Page” option to add to its “Profiles” and “Groups” membership options. I met him again recently for a video interview that I will be publishing in the next few days, in the meantime I would like to share his story.

Facebook “pages” have only been around for 2 years and in that time we have seen major global brands embrace Facebook for engaging and interacting with their customers with some major brands Facebook pages fan subscribers now approaching 40 million and providing another way to communicate that goes beyond traditional media and email.

So what were the key elements to acquiring the 40,000 fans and what strategies did he use to continue to engage and nurture the Facebook fans for SUPRE’s fashion brand? Read more.

I have recently integrated and optimized my blog with my Facebook page with a social plugin for Facebook with a “like” feature at the top right hand corner of the blog and I have already seen positive results with traffic increasing by over 60% in the last 2 months. The reality is that traffic is great but at the end of the day the real objective is to turn a dollar. Eventbrite has just unveiled a new report that measures what a Facebook “like” is worth in real hard cash after analyzing over 11 million tickets that the company sold in 2010…Read more