Social networks are evolving before our eyes. The changes are often subtle and hidden. 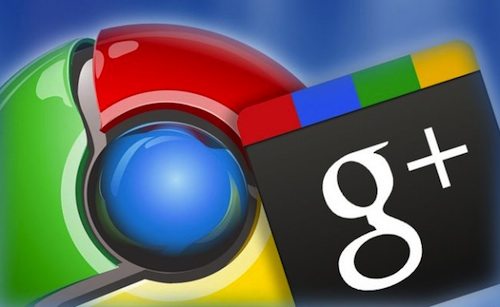 Facebook is still the defacto social network with over 900 million users. To make money though, it has no other option but to monetize the stream called the Timeline. This puts a lot of clutter onto the screen.

Facebook has also admitted that it hasn’t got its mobile strategy and platforms positioned to take advantage of the explosion in mobile from iPads to Androids and the recently announced Microsoft mobile tablet “Surface“.

This gap in their plans was seen more clearly when they paid a premium price of $1 billion for the mobile photo app Instagram to secure a mobile online asset as a beach head.

Facebook and Apple have also announced a close integration of Facebook for mobile in Apple’s new mobile operating system iOS6. This promises a more seamless and user friendly mobile interface.

Why Google Doesn’t need to Make Money from Google+

Google doesn’t really care about monetizing Google+ because it makes its money elsewhere. This is why

Facebook’s total revenue stream is from paid advertising and the monetizing of social games on  Facebook.

Last year this totaled $3.7 billion according to Forbes. That keeps the comparison between Facebook and Google in perspective!

Is Google+ a “Pure” Social Network?

The social signals that Google+ adds to its search algorithms maintains its search engine relevancy for users who will receive more personalised search results that improve user experience. This is vital for Google…to continue to be relevant.

Google+ can then be a “pure” social network without “Ads” that provides social signals for its other online assets because of the value it brings to its total ecosystem.  It doesn’t need to make revenue from its Google+ platform that cost it over $500 million.

Facebook has no choice but to include advertising in its network platform.

The Philosophy of the Social Networks

In viewing the philosophy and personas of the the top three social networks they are all taking and staking different positions online.

The challenge that most Facebook users face with changing to other social networks is that number one, it is a matter of time managing two social platforms and secondly why change when most of their friends already hangout on Facebook.

So what are some tips, resources and insights in to how to use Google+.

This is a good overview of the advantages of Google+ from the PC World online blog. It looks at

This resource provides a good introductory overview of how to get started on Google+ By Angela Stringfellow on the Unbounce.com blog.

It covers key features and functions in an easy visual format.

This is an extensive list of resources from A Brighter Web blog,  that will have you viewing videos for days. If I don’t see your comments below I know where you have gone.

It includes video tutorials for using Google+ including

Guy Kawasaki is someone I have followed online for quite a while now and I have adapted and  used his approach and philosophy to social media especially in regards to Twitter. Guess what they worked and that is why you are maybe visiting this blog today.

This is a short video with his insights.

This is how he sees the three major social media networks.

He has released a book on Google+ called “What the Plus! Google+ for the rest of Us”

Chris has become an evangelist for Google+ and here is an infographic that highlights the use of Google+ for business.