side hustle
strategies
Thinking of starting a side hustle? CLICK HERE
Home » Blog » How To Get 53,000 Twitter Followers: My Story

The inspiration for this post came from two sources. Firstly from meeting two cool passionate guys from Blue Wire Media, Toby Jenkins and Adam Franklin and secondly a Tweet from Archna from Norway who wanted to know about how to get “more” Twitter followers.

I had written a post titled “How To Get targeted Twitter Followers” recently, which was not my personal story of how I built my Twitter following but more oriented towards the use of a tool called Tweepi which I  have found to be very useful. 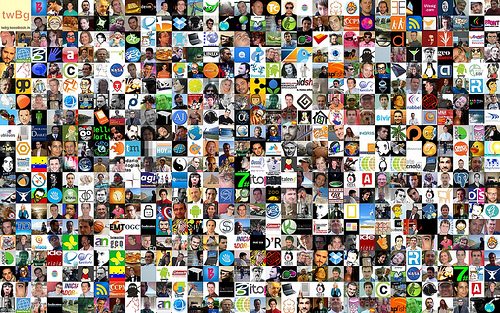 So here is my story of how I built a Twitter following of 53,000 in response to the “How to get more Twitter followers” question from my blog readers.

I started Tweeting on December 17, 2008 when I registered as a Twitter user for the first time and received my welcoming email from Biz Stone and The Twitter Team. Luckily for me I have a unique name so obtaining my @jeffbullas Twitter handle was easy (I would recommend you get your name in some form though this is getting harder with over 165 million users now on Twitter).

At first I just followed friends who were on Twitter such as John Oxley and proceeded to just use it sporadically due to being a newbie , not wanting to say the wrong thing or just to avoid looking stupid.  At that time I didn’t have a blog so the link feature (that I would highly recommend you set up on your Twitter settings) was not used. For the first few months I only had 30 or so Twitter followers and used it to to tweet about my day to day activities in a very benign way. My take on Twitter at the time was very much like most people back then and also a lot today who don’t see the point about Twitter and see it as superficial and trivial.

Why Having Your Name As Your Twitter Name Is Important

In March 2009 I set up my blog and again luckily was able to secure my my domain name which was intentionally again with my own name. From a personal branding angle having a blog and a Twitter handle which is the same with a consistent personal brand is very important.

At this time Twitter became vital to me to help me grow my blog traffic and so I proceeded to follow people on Twitter with more enthusiasm, activity and focus. I followed people on lists such as Twitterholic and Twitter Grader, they have lists of some of the power users and the elite Twitterati who have large followings, so thinking that big was better I proceeded to follow the biggies. Eventually I understood the power of Twitter as a niche marketing tool on steroids and proceeded to follow people in the niche that I was blogging about which was social media, PR and marketing. The tool that I used at the time was Twellow.com which is a Twitter Yellow pages where you can search and easily follow people in different categories from within the application. Twellow does tend to be slow to load and seems to be a bit buggy but it worked for me at the time.

During this period I became a Twitter maniac (yes I admit it, I was obsessed) and proceeded to follow anything that moved and spent a lot of time on Twitter, so much so that my partner said “remember Jenifer Aniston” (who by the way had terminated her relationship with John Maher due to “excessive tweeting” and inspired me to write one of my early posts titled “Twitter, Obsession and Jennifer Aniston“).

During the early phases I also discovered that Twitter has some rules and if you break them you will be sent to the “cooling off box”. So here are 2 rules that you need to keep in mind as you build your Twitter following.

You can follow up to 2,000 people on Twitter without any limitation but once you reach 2,000 certain limitations apply. Last year the Twitter rule at the time was that you could only follow 10% more than are following you once you reached the 2,000 following limit ( Twitter is now less revealing on the limitations rules see their latest official FAQ here).

Don’t break the rules or you will be banned or suspended from Twitter until you promise to be a good boy or girl.

I experienced this once and I still remember the trauma that I felt from being suspended from my favourite social media channel and I proceeded to write an anguished post “My Story Of banishment To Social Media Purgatory: Temporary Suspension From Twitter“.

So How Do You Get Past The The 2,000 Follower Barrier?

So how did I get past the 2,000 barrier without breaking Twitter rules. At the time I used very rudimentary and unsophisticated tools that were available that enabled me to unfollow people who were not following me. I still do this today as my view on this is that if they don’t follow me back then they are not interested in my tweets then there is no point me following them. The current tool I am using to follow and unfollow is Tweepi.com which sticks by the Twitter rules and enables me to continue to follow people in my niche (read more about how I use this tool here).

So as my Twitter followers grew I continued to use it to promote my blog which helped me to gain credibility as a blogger. Today I use a tool called Socialoomph.com (Professional Edition) to automate sending out my blog posts on a schedule which saves me about 10 hours a week and also allows me to follow back automatically the additional 1,500 or so people a month who follow me which I physically would not have the time to manually follow back.(some people thing this is against the unwritten rules of rules of Twitter but I am sorry my thinking is along the lines of Guy Kawasaki that sees Twitter as one of the best tools on the Web to promote your blog and brand). Another platform that has been highly recommended is Marketmesuite.com which provides similar functionality to Social Oomph but allows you to brand your tweets and is worth checking out.

I have met some great people on Twitter which has enabled me to interview them (including CEO’s). I have also had the pleasure of meeting a lot of them in person.

For me Twitter and my Blog are a synergistic combination that has taught me the power and leverage of publishing original content  from my blog homebase and then promoting on Twitter and other social media channel outposts. This multichannel strategy has opened many doors for me and continues to surprise and I am looking forward to the rest of the journey.