Twitter is a highly visible social media platform that  can be used as a measure of influence and ‘Klout’ on the world wide web.  The question of what makes a person influential on Twitter has tweaked my interest since October 2009 when I started a poll that asked “What makes a Brand or Person Influential on Twitter?“. (It is still an open poll and so far over 2,200 people have voted). 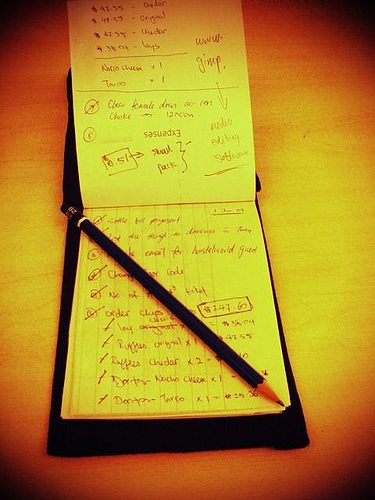 The great thing about Twitter is its simplicity and real time transparency and as such it is maybe the most visible platform to view a persons digital influence on an increasingly social web.

Tools have emerged over the last couple of years to try and measure a persons influence on Twitter and on the web using a whole range of variables. Some of these tools are very simple and others are complex and far reaching.

There are many different Twitter tools that attempt to measure influence.

Klout is maybe the most popular and to date has measured over 75 million Twitter profiles and analyzes more than 3 billion relationships and 250 million pieces of content every 24 hours. Klout provides an overall measurement, which is a number out of 100 that takes over 30 factors into consideration – including your retweet frequency, the influence levels of your followers, and how far your retweets go. Twitter Grader is maybe the next in order of  credibility and has so far measured over 9 million users on Twitter and uses 6 algorithm factors such as the number of followers, power of followers and follower/following ratio. Social Chiefs not only measures Twitter, but also Facebook and LinkedIn. Measuring is based on reach, actions and level of interaction.

A very simple measurement of influence on Twitter is the number of lists people have placed you on. In essence the more lists you are on the greater the respect and reputation you have on Twitter as measured by your followers and peers. The Twitter lists have been a Twitter feature since October 2009 (shortly after I started the poll).

These lists can can be used to calculate an effective metric as a minimalist measurement of authority and reputation and I call this the “Twitter Reputation Ratio” that strips out the pure follower count so as to provide a uniform ratio for comparison.

This is calculated by the following simple mathematical equation

The more respect and authority you have on Twitter is usually due to people admiring elements such as your great content, reputation, skills or your music and a high level of reputation and influence is reflected in the metric being a low number (like a golf score). The lower the number the better your reputation is in your industry and niche.

In looking at the numbers, one of the conclusions you can draw is that the social media ‘stars’ that produce great content and have a trusted reputation on Twitter are put on many lists by their followers so they can read their views and catch up on their insights and blog posts.

Another aspect of the list is to have a look at the titles that people have listed you under e.g. PR, Social Media and Marketing that reveal what category your followers value about your content that provides a clear insight of why they put you on their list… If you are listed under ‘humour’ and you blog about writing then you maybe need to check what content you are publishing.

This is a simple metric and I wouldn’t use it to obtain a home loan or to brag to your friends about but it is a quick and dirty guide to the reputation that you have amongst your followers on Twitter.